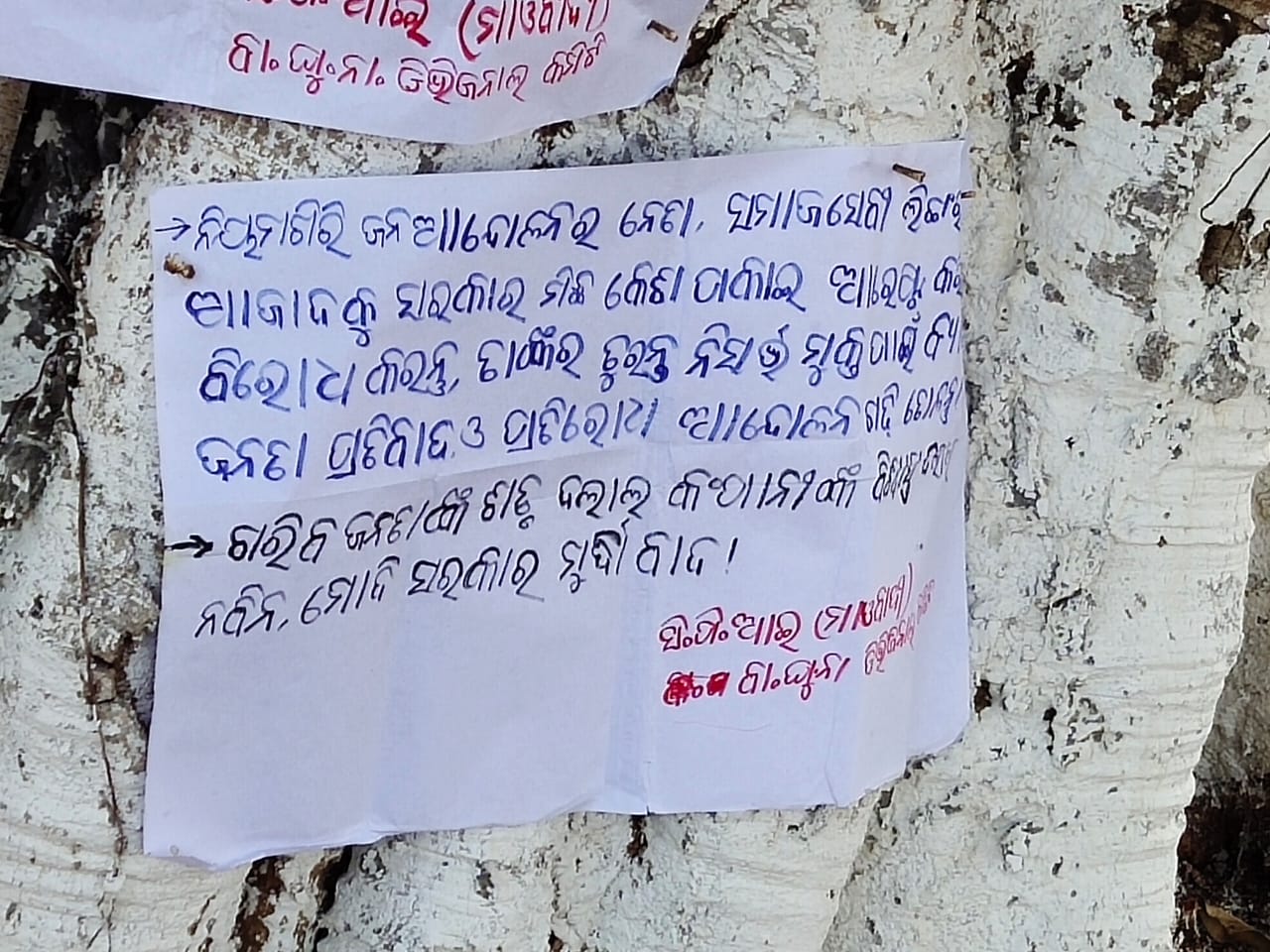 Four posters were spotted by the locals at Niyamgiri area in Parsali panchayat under Kalyansinghpur block.

Through the posters, the red rebels of Baghuna Divisional Committee of CPI (Maoist) condemned Niyamgiri activist Azad’s arrest and the Centre as well as State government’s conspiracy to suppress the people’s voice.

They urged people to be united to fight against the government’s plot to evict the tribals from the forest and destroy their livelihoods.

Besides, the State Committee of CPI (Maoist) appealed to people to boycott the upcoming Lok Sabha and Assembly polls and form the government of revolutionaries.

Worth mentioning, the Maoist sympathiser Lingaraj Azad, who was arrested in Kalahandi, has been granted bail on Monday. He was arrested by police on March 6 on charges of leading a demonstration outside Vedanta alumina refinery at Lanjigarh on the foothills of Niyamgiri in April 2017. He was also charged for a demonstration outside the India Reserve Battalion camp at Trilochanpur village last month.

Earlier, the local court had granted him bail in the Lanjigarh case. Later, he was granted bail in the Trilochanpur case on March 11.