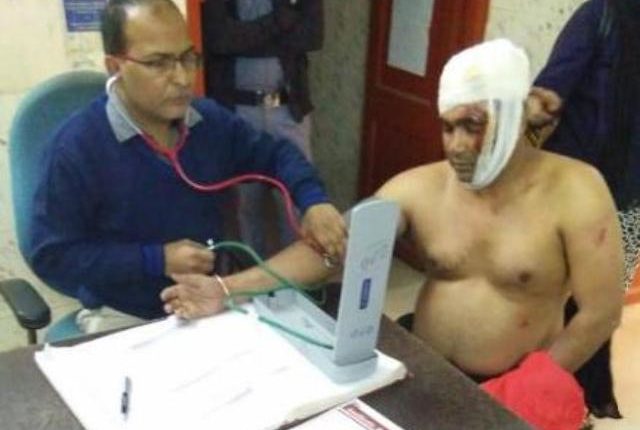 Titlagarh: An Inspector-In-Charge (IIC) with the Railway Protection Force (RPF) was hospitalized in Odisha’s Balangir district after he was brutally attacked by three masked men.

The victim has been identified as Sushil Kumar Pathak, IIC of Titlagarh RPF.

According to reports, he was returning home last night after attending a meeting with his colleagues when the miscreants targeted him.

Finding him alone near Old Malgodown Square, the three masked men appeared all of a sudden and started beating the cop with iron rod and pipes before he could think anything.

The IIC has sustained grievous injuries in his chest, face and head. He was first rushed to Titlagarh Sub-Divisional Hospital and later this morning he has been shifted to Railways hospital here.

Sources said arrangements are being made to transfer him to Sambalpur Divisional Railway Hospital for better treatment.

Meanwhile, an FIR in this regard was lodged but no one has been arrested so far.

The cop said he doesn’t know why he was targeted saying he has no enmity with anyone.

It is believed that the IIC might have been attacked as he didn’t allow some people who wanted to do illegal business at the railway station.