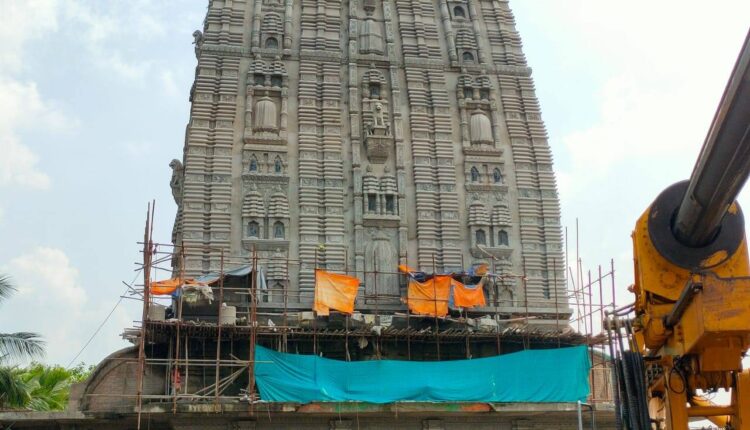 “The MCL Board has approved sanction of Rs 9.32 crore under their CSR Fund for construction of certain facilities at Gopalprasad, Talcher, for benefit of the local population in general and for providing impetus to tourism in the area in particular,” said Union Minister of Parliamentary Affairs, Coal and Mines, Pralhad Joshi in his reply to the letter written by his Cabinet colleague Union Petroleum & Natural Gas; Steel Minister Dharmendra Pradhan.

Pradhan had written to Joshi on January 13 seeking his intervention in directing the MCL officials for a favorable and expeditious consideration of the CSR proposal submitted by the Maa Hingula Thakurani Trust Board, Talcher.

Informing his Union Cabinet Colleague about immense spiritual and socio-cultural importance of Maa Hingula Temple to the people of Odisha, Pradhan said that the temple at Gopalprasad in Talcher is considered as one of the most sacred religious sites in Odisha.

Dedicated to Maa Hingula, a manifestation of the Goddess Sati, the temple is believed to have been built by the mythical King Nala of Vidarbha as his tribute to Lord Jagannath.

Till this day, the fire used to cook Mahaprasad in the kitches of the Jagannath Temple in Puri symbolically represents Maa Hingula. Historically patronized by the ruler of Talcher, Maa Hingula Temple draws pilgrims and tourists year-round which peak on the occasion of Hingula Jatra, which is held on sukla chaturdashi of Chaitra month in the Hindu calendar.

The Union Minister said that MCL has a special bond with the Maa Hingula Temple in Gopalprasad.

“I was touched to know about the generosity of MCL employees, who voluntarily contributed funds from their salary towards construction of the main temple building. I also understand that recently, Maa Hingula Thakurani Trust Board had submitted a proposal to the management of the MCL for CSR project involving construction of Natya Mandap Yajna mandap at an estimated cost of Rs 16.64 crore. These developments will not only improve the devotee facilities and experience at temple but also boost tourist footfall in the region,” his letter read.