Medicos, patient’s kin attack each other at Odisha’s MKCG hosp 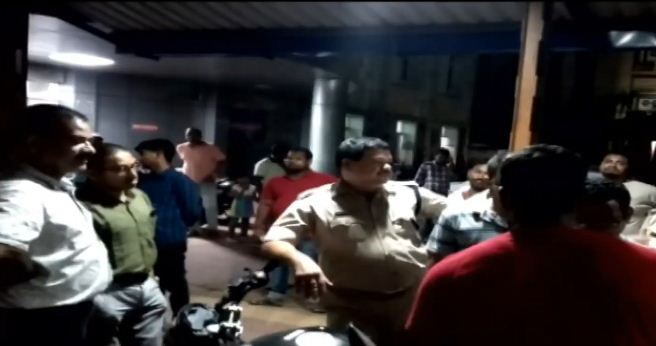 Berhampur: Tension erupted at MKCG Medical College and Hospital here in Odisha’s Ganjam district after medical students and kin of a patient allegedly attacked each other, late last night.

According to reports, one Anil Nayak of Adaba area in Gajapati district had admitted her mother to the hospital yesterday. Alleging delay in treatment of the woman, Anil confronted some medicos, following which a verbal duel ensued between them.

The matter took a violent turn as the medical students and family members of the patient thrashed each other inside the hospital.

Following the incident, two separate FIRs by both sides have been lodged at the Baidyanathpur police station here. Furthermore, the medicos gheraoed the police station demanding action against Anil and his kin.