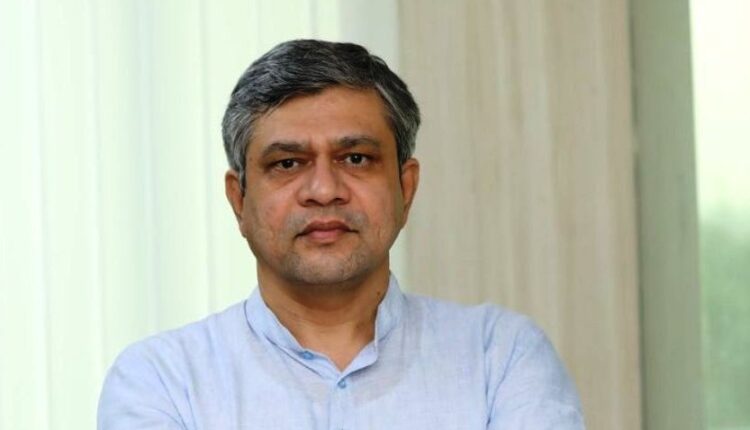 New Delhi: The phone numbers of Ashwini Vaishnaw, newly-inducted by Prime Minister Narendra Modi as his Communications, Electronics and Information Technology, and Railways Minister, and Minister of State for Jal Shakti Prahlad Singh Patel, were among the 300 verified Indian numbers listed as potential targets for surveillance during 2017-2019 by a client of the Israel-based NSO group, The Wire reported.

Also on the list is the personal secretary to BJP leader Vasundhara Raje, when she was Chief Minister in Rajasthan, and Sanjay Kachroo, who worked as an officer on special duty (OSD) for Smriti Irani in her first years as a Union minister in the Modi government from 2014-2015.

Other junior politicians linked to the Bharatiya Janata Party, and the Vishwa Hindu Parishad’s leader, Pravin Togadia, a long-time opponent of Modi from his days as Chief Minister of Gujarat, are other individuals whose numbers figure in the database.

Patel, the MP from Madhya Pradesh’s Damoh, was recently shifted to the Jal Shakti ministry under Cabinet Minister Gajendra Singh Shekhawat from the Ministry of Tourism and Culture, where he held independent charge, The Wire said.

The former Odisha-cadre Indian Administrative Service officer and Rajya Sabha MP Vaishnaw, on the other hand, was given three crucial cabinet portfolios in what was a much-publicised appointment in the latest cabinet reshuffle. He appears to have been targeted for possible surveillance back in 2017, when he had not yet taken the plunge in favour of the BJP. Another number, apparently listed in the name of his wife, also appears to have been selected, the report said.

Last week, it was Vaishnaw’s ministry which issued a formal response to the Pegasus Project media consortium denying that any of the individuals mentioned to the PMO in advance had been spied upon.

Vaishnaw was informed of his presence in the leaked database on Sunday but has yet to respond with a comment or reaction.

In the absence of forensics on the phones associated with the numbers on the leaked database, it is not possible to conclusively establish whether Pegasus was successfully deployed against Vaishnaw or Patel, The Wire said.

Apart from the two Union ministers, the phone numbers of Kachroo, his father and his minor son also appear in the leaked data. A corporate executive, Kachroo was chosen by then Human Resource Development Minister Smriti Irani as her officer on special duty (OSD) in 2014 but he never got formally appointed.

Their phone numbers continue to appear in the leaked records for a sizeable part of 2018.

Kachroo’s interim appointment as an OSD in Irani’s ministry was examined by the PMO, after his controversial role in appointments came to the fore on social media. His appointment, unlike OSDs of other ministries, had reportedly not been approved by the Appointment Committee of the Cabinet (ACC), The Wire said.

BJP sources had then told the media that one of the reasons Irani was shifted to the supposedly lightweight Textiles Ministry in 2016 was her impulse to unilaterally take decisions without consultation, the report said.

Kachroo’s appointment had also rubbed the RSS the wrong way, claimed some sources who thought “power brokers” were being preferred over dedicated Sangh workers. Kachroo, however, is still considered an integral part of Irani’s coterie.

The Wire said a range of phone numbers belonging to people who are associated with the Sangh parivar appear in the records. These include Togadia, whose phone number was potentially targeted for surveillance throughout 2018.

Vasundhara Raje’s personal secretary Pradeep Awasthi’s phone number was also marked as a possible candidate for surveillance for most part of early 2018, months ahead of the state assembly polls in December 2018. It is widely known that Raje and BJP’s central leadership have often been at odds. In the run-up to the Assembly polls, her tiff with the central leadership had become apparent, The Wire said.

15 irrigation projects to be completed in Odisha in next 2-3 years: CM