While the body was sent to Parlakhemundi hospital for autopsy, the accused was held from Lubursing village and brought for interrogation. 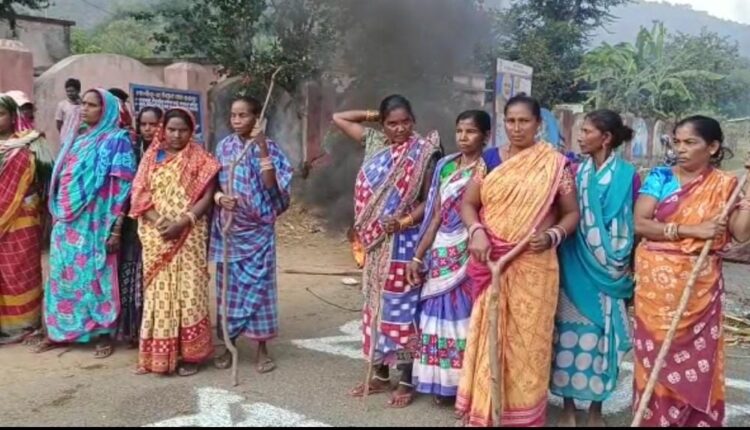 R.Udaygiri: Tension prevailed after irate villagers of Tangiasahi village burnt tyres and staged a road blockade by placing the body of a minor who reportedly died after being raped by her sister’s brother in law in R.Udaygiri of Odisha’s Gajapati district here today. Demanding compensation for the bereaved family and immediate arrest of the accused, the protestors blocked the road for over two hours. After getting the information, police reached the spot and pacified the agitators assuring them of needful action. While the body was sent to Parlakhemundi hospital for autopsy, the accused was held from Lubursing village and brought for interrogation.

As per reports, the minor, who belongs to Tangiasahi of Randiba panchayat, had gone to visit her sister in Lubursing village 18 days back. During her stay, she was allegedly raped by her sister’s brother in-law. After coming back, the minor suffered from internal bleeding and as her condition got worse, her parents admitted her in Chandragiri hospital from where she was referred to MKCG in Berhampur. However, she succumbed during treatment on Monday afternoon. As per her parent’s claim, the minor named the accused and revealed that she was raped by him just before she breathed her last. “My daughter had gone to our elder daughter’s in-laws place in Lubursing. They insisted on her staying back. When we went to fetch her, we found that she had been beaten up. On returning home, she kept having fever. We took her to the hospital in Chandragiri where doctors said she is having internal bleeding and shifted her to Berhampur hospital. There, my daughter disclosed that she was raped and shared that she had hidden the fact out of fear that my elder daughter will be tortured by her in-laws. She narrated this ordeal just before passing away,” said Laxmi Dalei, the mother of the deceased.

As the news spread, the local residents took to the streets to demand justice for the deceased girl and her family. Meanwhile, police have brought the accused for questioning. A case has been registered and investigation is underway.