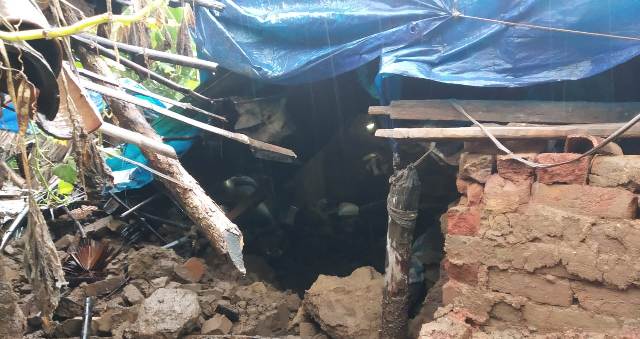 Balangir: A house collapsed due to incessant rainfall at Ghunaghutipali village under Patnagarh block of Odisha’s Balangir district killing a minor girl and injuring four members of her family.

The deceased has been identified as Deepanjali (16). According to reports, the mishap took place late last night when all of them were sleeping inside the house. The wall of the house had weakened due to heavy rainfall in the area, which led to the collapse.

The victims were rescued by locals and rushed to the Patnagarh sub-divisional hospital. However, the girl succumbed to her injuries on the way to the hospital.

On the other hand, the deceased’s father, mother, and two brothers have been shifted to Bhima Bhoi Medical College & Hospital here for better treatment.