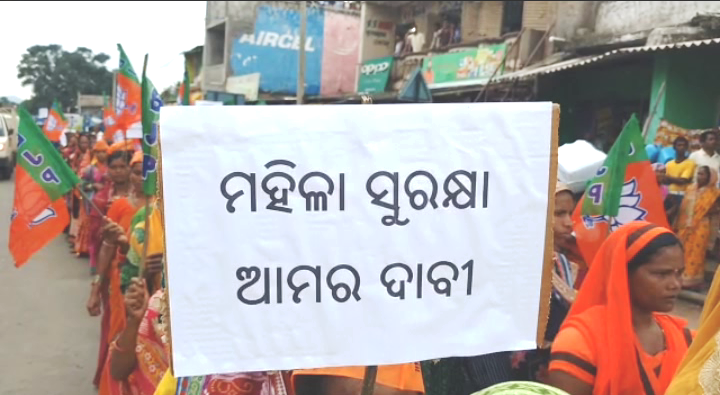 The party activists demanded a judicial inquiry into the incident, disclosure of its report within a month and stringent punishment for the accused.

Due to the protest, schools and colleges, banks, shops and other business establishments have remained closed. Holding placards and party flags, the women activists took out a mass rally in the town and staged picketing at various places. Besides, vehicular movements at many places in the district have been disrupted as the activists staged a road blockade on national highway-53 near Gopalpur. Several vehicles have been stranded on both sides of the road.

Meanwhile, police personnel have been deployed at various places to maintain law and order situation and avoid any untoward incident.

Acting on a complaint lodged by the family members, police have detained a youth of the locality and investigating the incident.

Historic verdict by SC as women can enter Sabarimala Temple