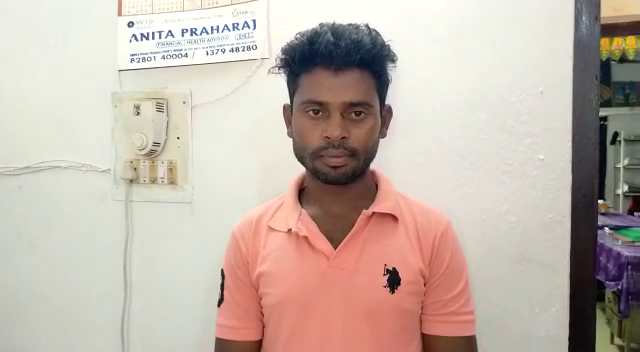 Phulbani: Police arrested a person on charges of raping a minor girl after abducting her on pretext of providing her a job in Kandhamal district of Odisha.

The accused person has been identified as Santosh Digal (31). He was arrested from Adasikupa village under G.Udayagiri police limits.

According to reports, two youth on a motorcycle spotted a minor girl, who was standing alone at roadside to witness a wedding event at Dakedi village on May 18 evening. They engaged her in conversation after asking her about address of the village. After getting essential details, they allured her of providing a job in a company.

Taking advantage of the situation, the two youth took her on the motorcycle to Damiguda village where they raped her in an under construction house at night.

Reports said that the accused youth kept her inside the under construction house for a period of three days. Later, they shifted the minor girl to another location at Kalinga village from where the victim managed to escape and informed her family about the incident.

Based on a written complaint by the victim’s family, G.Udayagiri Police Station IIC Rebati Sabar registered a case and handed over to ASI Ananta Kumar Pradhan for further course of action.

Following medical examination of the victim, the accused was booked under sections 363, 366, 376(2)(n) and 506 r/w 34 of IPC and POCSO Act. The accused was forwarded to a designated POCSO court in Phulbani, informed the IIC.