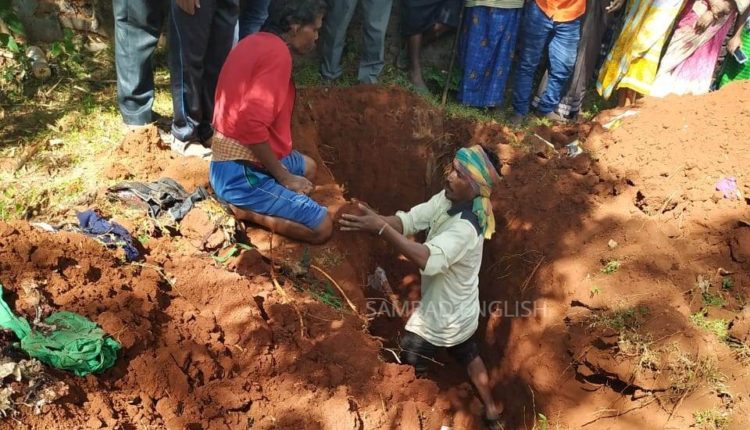 Phulbani: Incident of death of a minor girl in Odisha’s Kandhamal district took a dramatic turn as the body was exhumed from graveyard yesterday, around 22 months after her demise, as the parents of the deceased alleged that she was murdered by her brother-in-law.

According to reports, JS Celebrate of Kumbharkupa village, a +2 first year student, was found hanging inside her house on February 1, 2018. Family members had then conducted funeral and buried the body assuming that she committed suicide.

Later, they suspected foul play and lodged a police complaint alleging that Smarjit Nayak, Celebrate’s brother-in-law, murdered her. Acting on the complaint, Kandhamal police registered a case and exhumed the body. It has been sent to the MKCG Medical College and Hospital in Berhampur for post-mortem.

On the other hand, the accused has been detained by police for questioning.