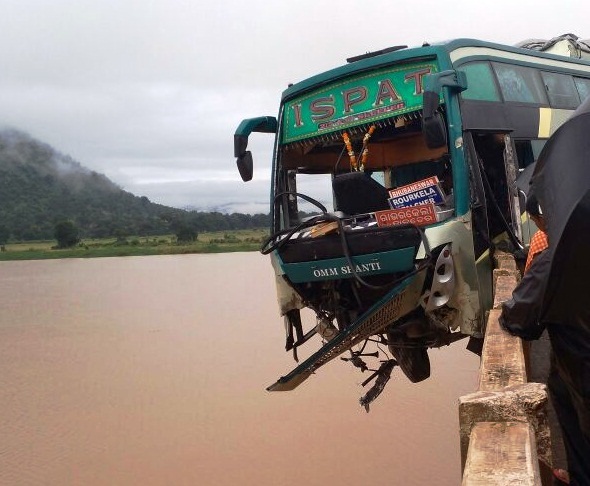 Deogarh: As many as 50 passengers had a close shave today when the bus in which they were travelling skidded off the Barkote bridge road on Brahmani river in Odisha’s Deogarh district, dashed against the parapet and remained in a hanging state from the bridge for hours.

According to reports, the accident took place in the wee hours today when the driver of the ill-fated bus, bearing registration number OD-05L-6288, lost control over the wheels while the vehicle was on the way to Rourkela from Bhubaneswar.

Panic erupted among the passengers following the mishap but the bus luckily did not fall into the river. They were later rescued from the bus by the locals.

Loss of many lives was certainly averted as falling of bus into the river would have claimed several human lives.

Hrithik to walk the ramp at Exhibit’s Tech Fashion Tour