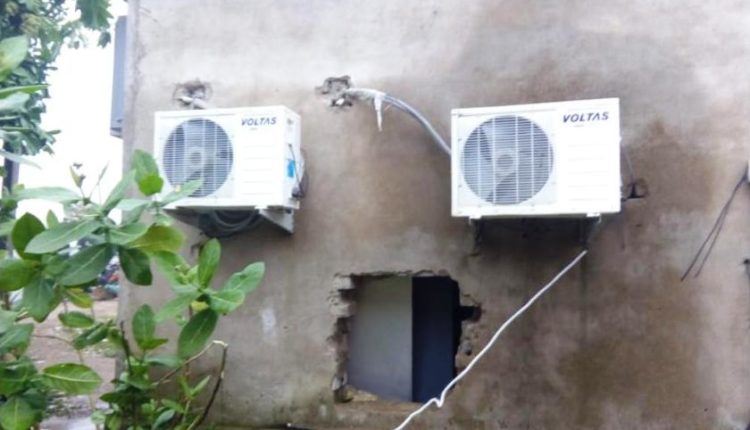 Phulbani: Amidst incessant rain under influence of cyclone ‘Titli’, the miscreants looted cash from an ATM counter adopting a unique method here in the district.

The incident was reported from Phulbani town on Thursday night where the miscreants broke wall of an SBI ATM counter and looted cash from the machine.

According to reports, few miscreants taking golden opportunity during heavy rainfall in the district yesterday night put down the shutter of an SBI ATM counter located at FCI Square in Phulbani town and made three-ft-width hole in wall of the counter for entry into it. They broke the ATM machine and looted cash.

The locals informed the police after finding a big hole in the wall of ATM counter in the morning. Following information, police reached the spot and informed about it to the bank authorities.

The investigation is underway. However, the amount of cash looted by the miscreants is yet to be ascertained.