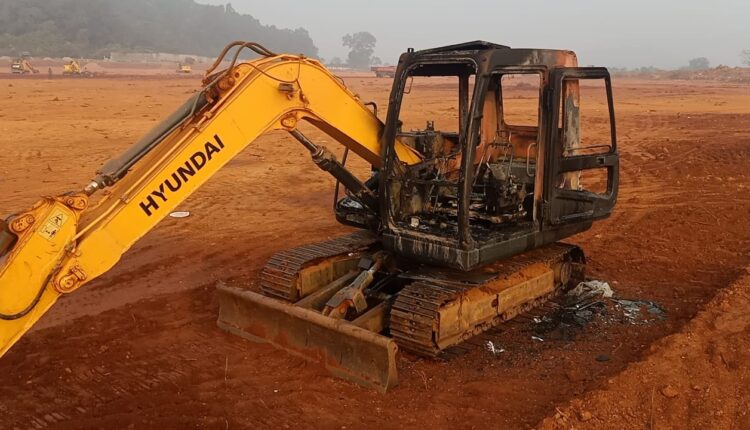 Kamakhyanagar: Miscreants torched as many as six excavators used for construction of houses for people displaced for Odisha Thermal Power Corporation Limited (OTPCL) project at Anlabereni area in Dhenkanal district.

According to reports, 6 out of 11 machines engaged for excavation in the OTPCL’s new township project were set on fire at around 4.00 am.

Some miscreants are suspected to have torched the excavators, of which six have been completely gutted in the fire, said the contractor Himanshu Das.

On receiving information, the fire services personnel rushed to the site and doused the flames.

The Pandua Police Outpost in-charge under Tumusingha Police Station is probing the matter.

Worth mentioning that the construction of a new plant of Odisha Thermal Power Corporation Limited is in progress. The project was opposed by the locals. Amidst tension, the fire mishap occured in the new township project of the company.