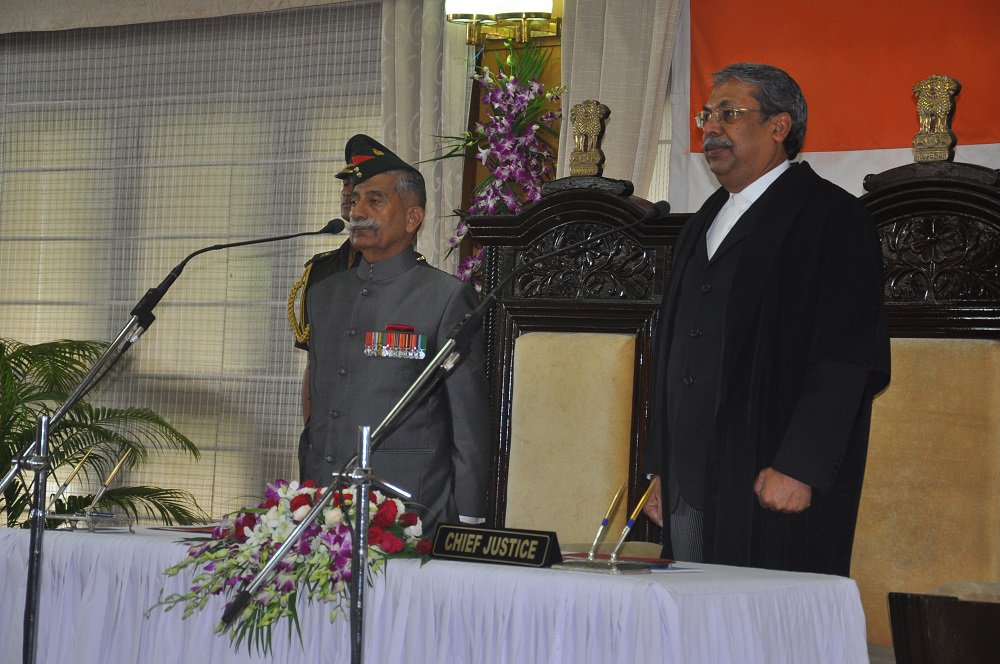 Mishra a war veteran, who served the Indian Army in three major wars in 1962, 1965 and 1971, took charge as full-fledged Governor of the state.

Shanmuganathan’s resignation came after nearly 100 employees of the Raj Bhavan in Shillong had sent a five-page letter to the Prime Minister’s Office and Rashtrapati Bhavan, demanding a recall of the Governor for what they alleged was “turning the Raj Bhavan into a Young Ladies Club”.

The swearing-in ceremony was followed by State Guard of Honour presented by Arunachal Pradesh Police at Raj Bhavan.

Earlier, on his arrival at Itanagar, a state reception was accorded to Mishra at Raj Bhavan helipad. A Guard of Honour by Arunachal Pradesh Police was presented to the Governor-designate.

Mishra was the Commander of NSG (Black Cat Commandos) Counter Hijack Task Force that successfully rescued all 124 passengers and crew members of a hijacked Indian Airlines flight that was forced to land at the Raja Sansi Airfield in Amritsar in 1993.

Mishra also fought in the 1962 war against China and the 1971 war against Pakistan. He also played an instrumental role in tackling the Naga insurgency movement in 1963-1964 in Nagaland.

He fought against the militant group LTTE, as the Leading Brigade Commander of the Indian Peace Keeping Force in Jaffna in 1987-88.

Mishra, who holds an MA from Allahabad University, an M.Sc from Madras University and a Ph.D. from Jiwaji University, Gwalior, also taught at the College of Combat at MHOW Cantonment and at Defence Services Staff College at Wellington Cantonment.
(IANS)

Odisha boy awarded by Modi for painting on Swachh Bharat

Happy, proud of being immortalised in wax: Asha Bhosle