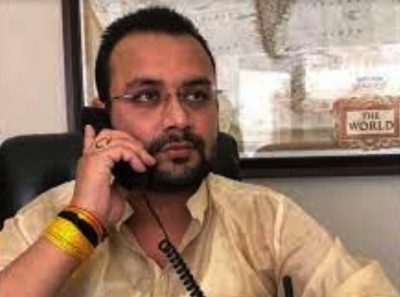 Lucknow: Independent MLA Aman Mani Tripathi has been declared an absconder by a court in Lucknow.

He has not been appearing in the trial proceedings for the past many dates despite warrants.

Special MP-MLA court judge P.K. Rai on Thursday also initiated the process to attach his property in the case as Tripathi, who is the MLA from Nautanwa in Maharajganj district, did not turn up in the court.

The court has fixed March 4 as the next date of hearing.

An FIR was lodged on August 6, 2014, at the Gautam Palli police station in Lucknow against Tripathi and others, who were accused of kidnapping a Gorakhpur businessman for a ransom.

Aman Mani Tripathi is the son of former minister, Amar Mani Tripathi, who is serving life sentence in Gorakhpur jail for the murder of a poetess Madhumita Shukla in 2003.

Covid antibodies to last for 8 months after vax: AIIMS Dir