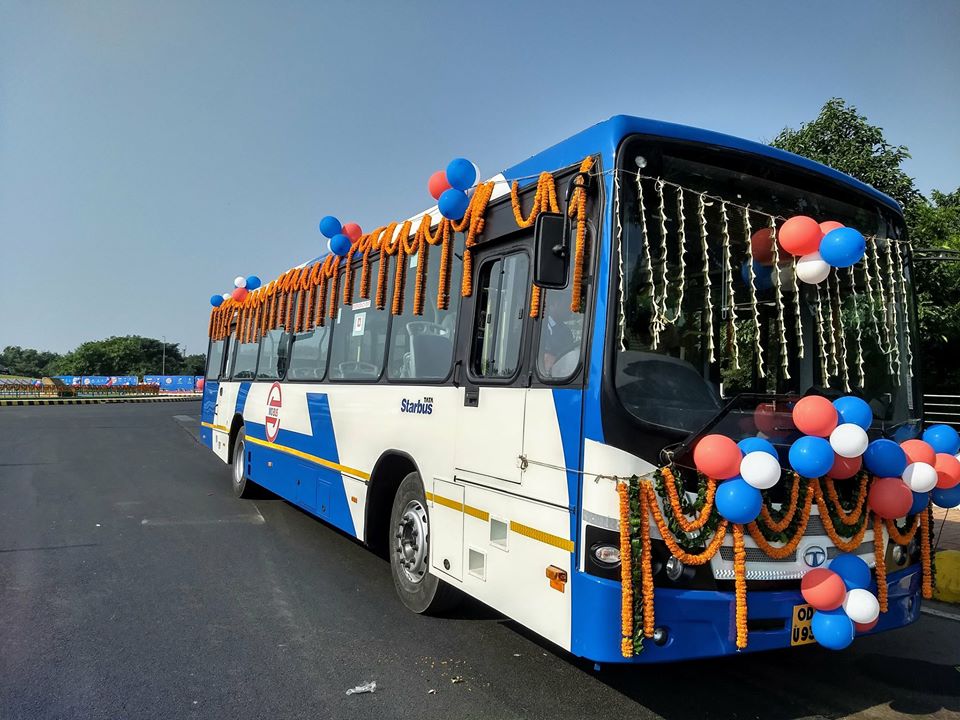 The decision was taken in view of increasing public demand, the CRUT said.

Below are stoppages on the new routes: 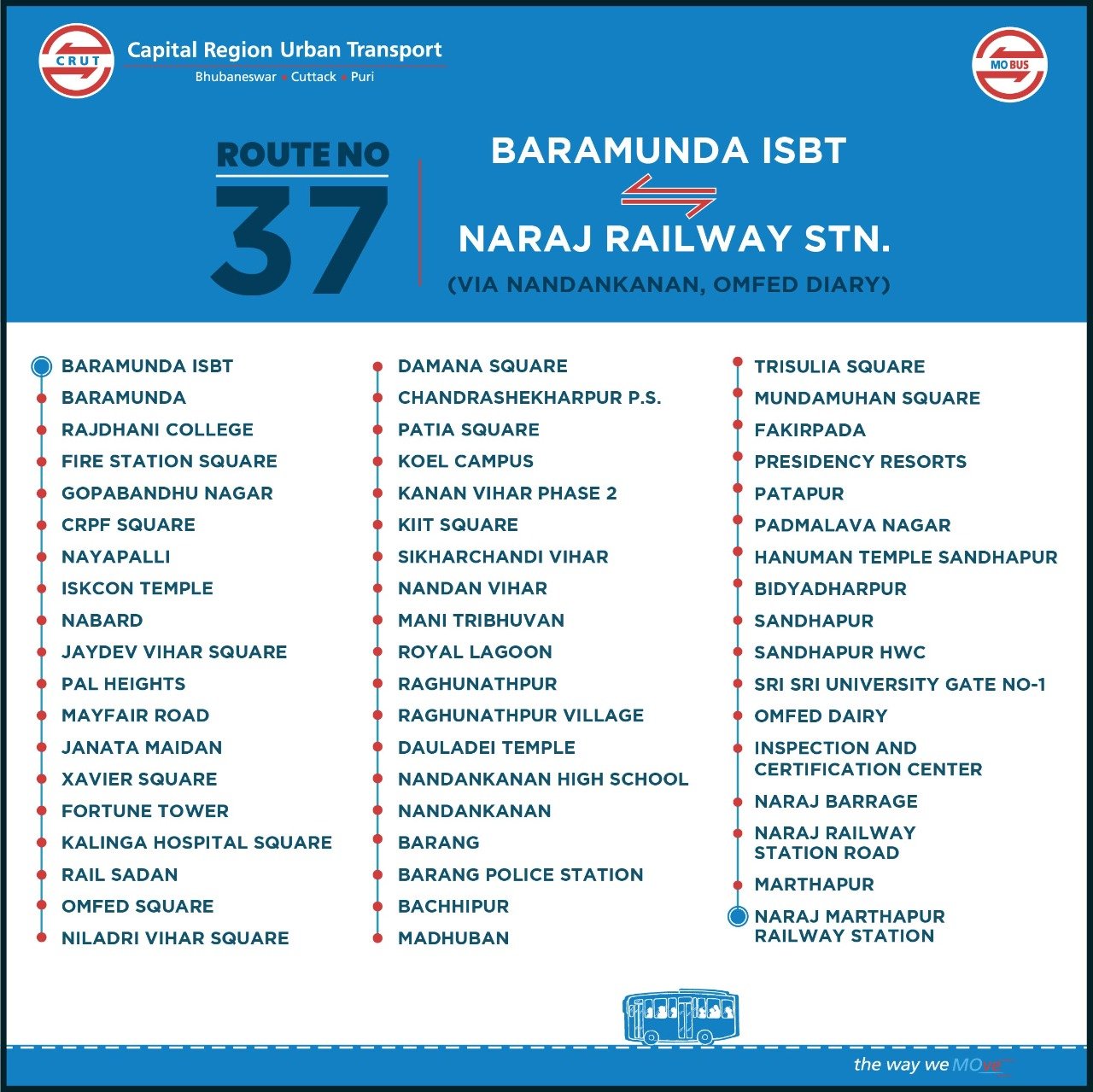 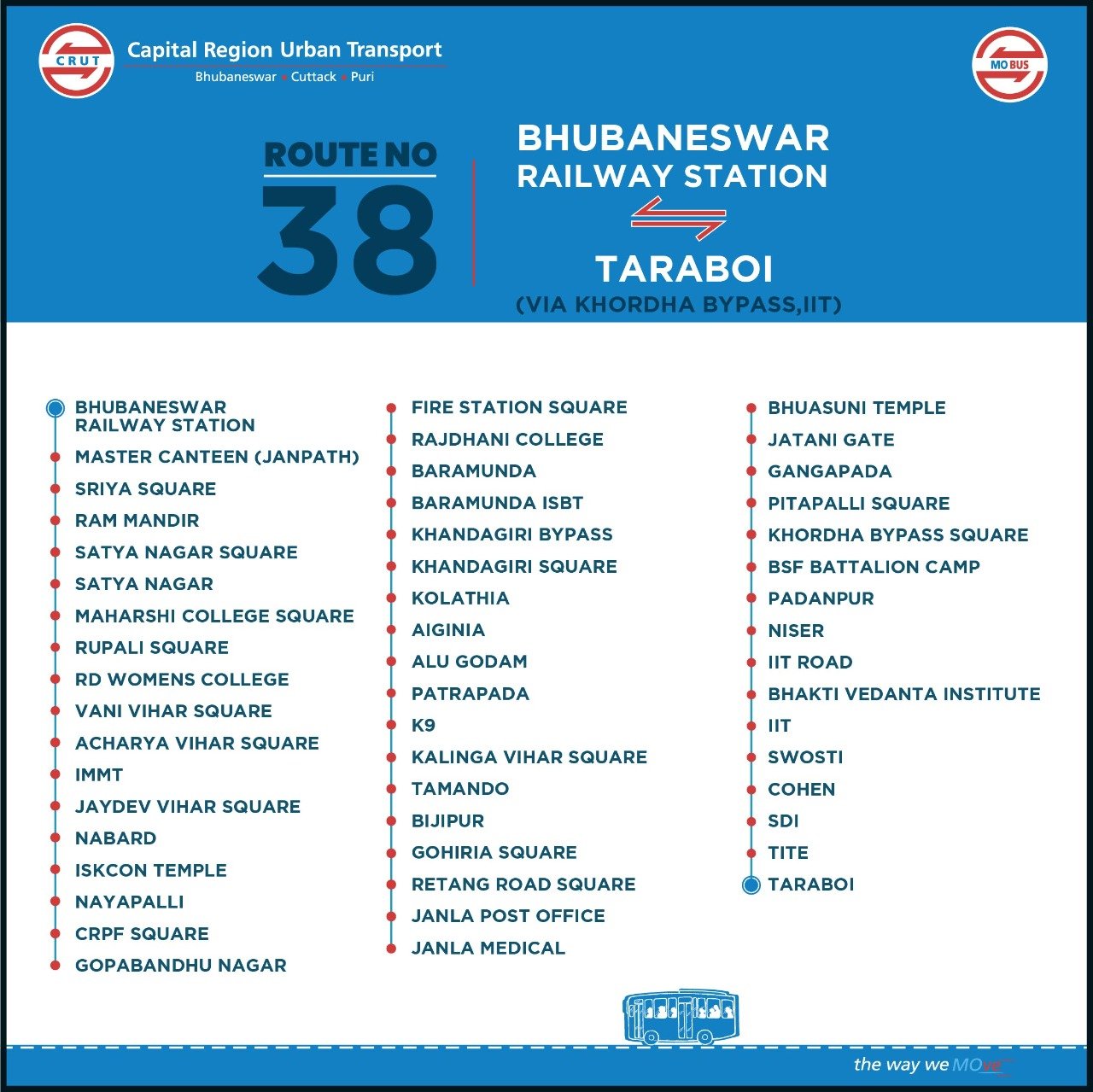 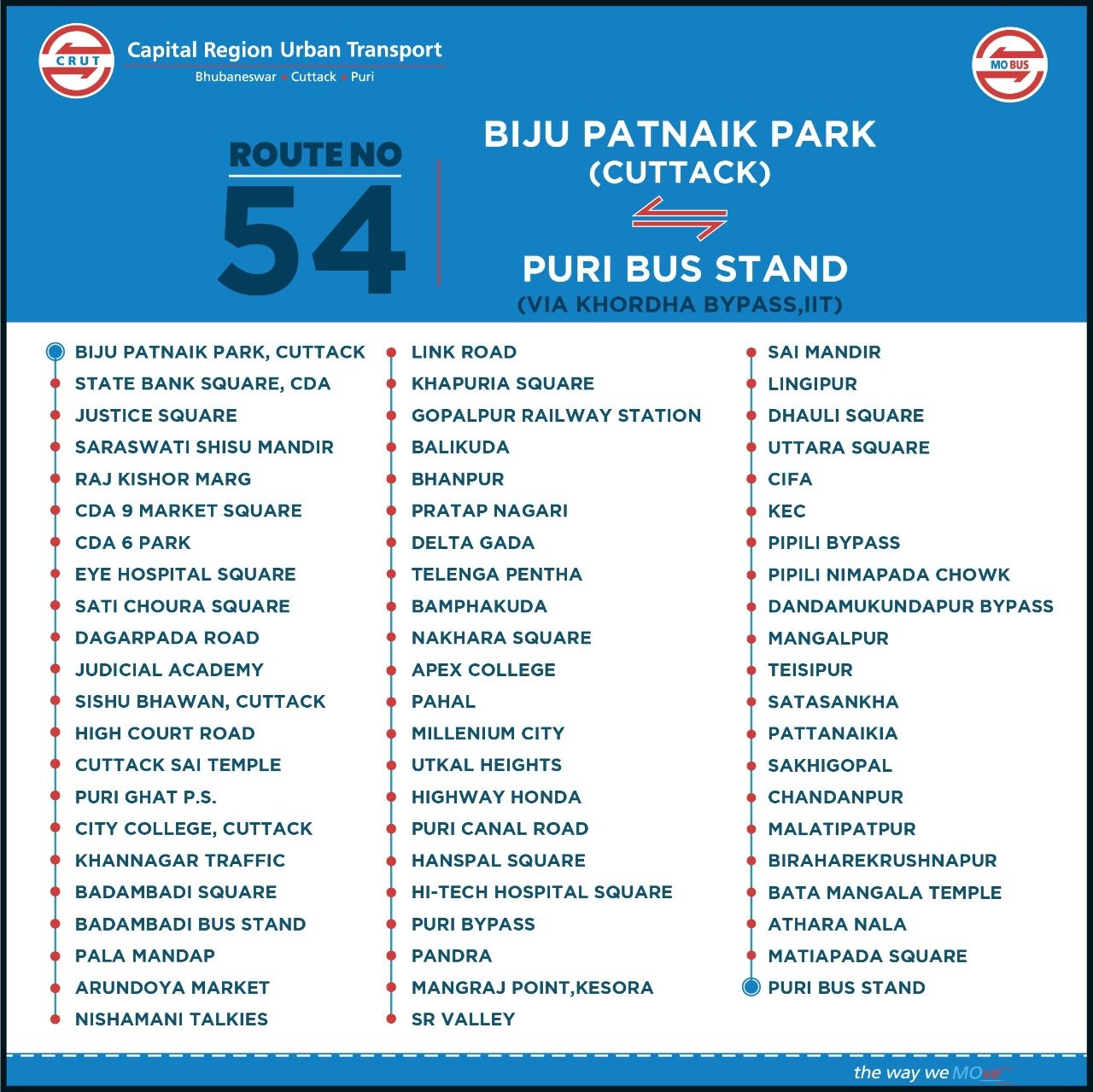 On the other hand, plying of buses on route no. 71 (Baramunda-Konark) will resume from December 1, 2022 on the occasion of Konark Festival. 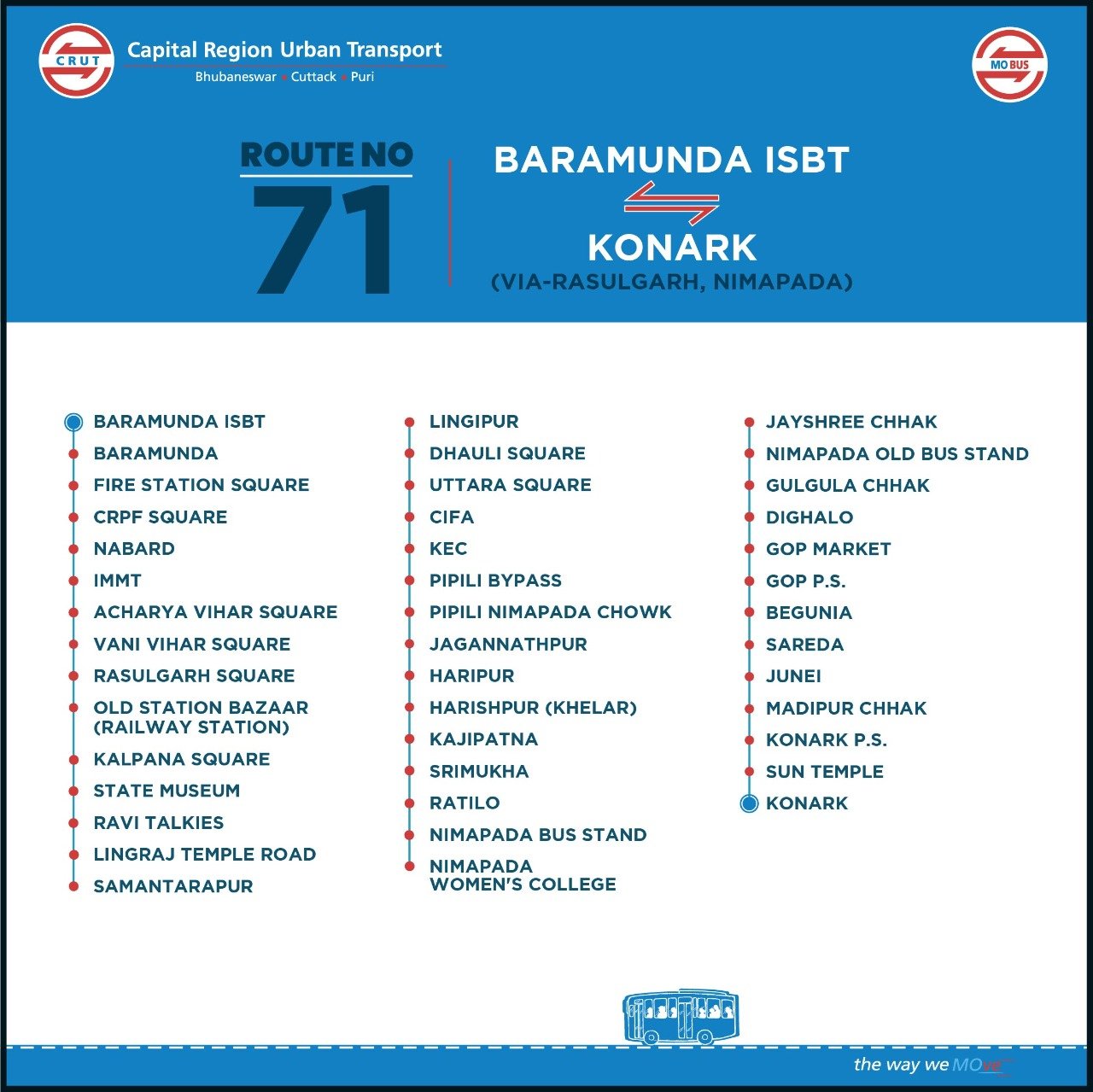 Similarly, route no. 25 has been extended till Rangamatia. 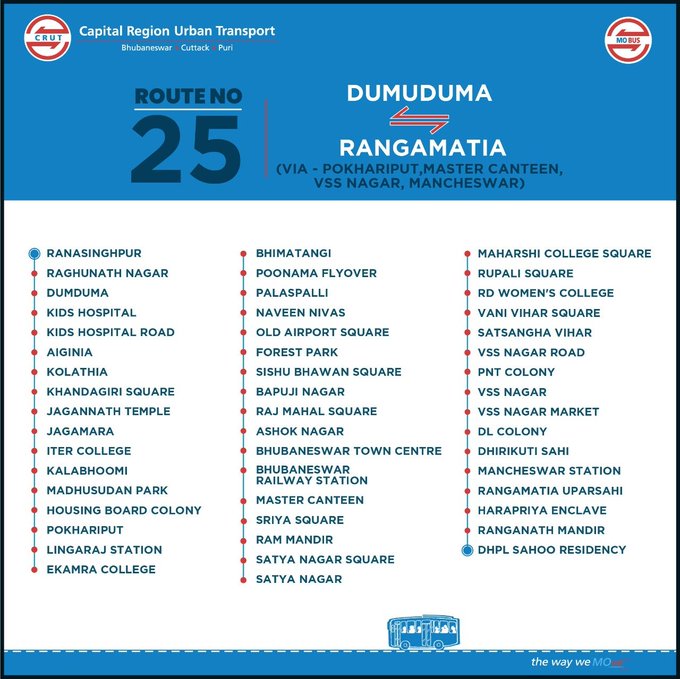