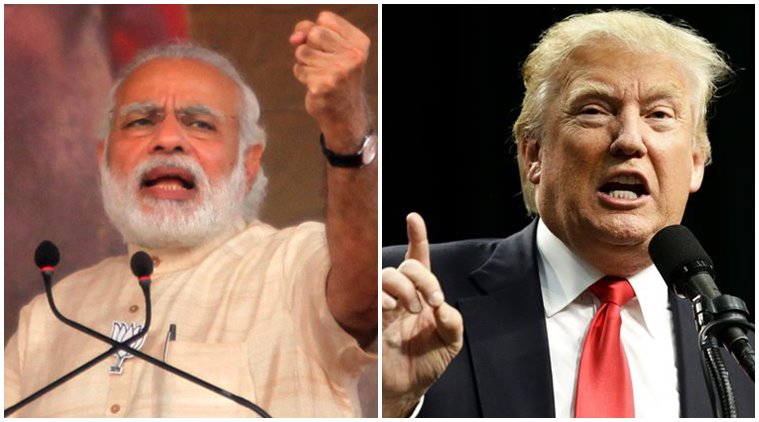 Washington: Prime Minister Narendra Modi is all set to meet US President Donald Trump at the White House on June 26th in an attempt to achieve a “common vision,” Press Secretary Sean Spicer announced on Monday.

“The President looks forward to discussing ways to strengthen ties between the United States and India and to advance our common priorities: fighting terrorism, promoting economic growth and reforms, and expanding security cooperation in the Indo-Pacific region,” Spicer said making a statement.

Both the leaders “will look to outline a common vision for the United States-India partnership that is worthy of their 1.6 billion citizens,” he added.

Modi’s visit will come at a crucial juncture when Trump is under political stress because of alleged Russian interference in US elections last year and contacts by member of his inner circle with Kremlin-connected figures.

A special prosecutor is looking into the allegations and a Senate committee has been holding hearings.

At the bilateral level, India is wary of Trump’s plans to curb outsourcing and to cut back on visas for professionals that will affect India as Trump pursues his policy of “Buy American, Hire American.”

Trump’s policy of “Buy American, Hire American” and his plans to curb outsourcing and visas for professionals is going to have an adverse effect on India. Indian government’s stand on this issue is cautious at the bilateral level.

Trump’s recent withdrawal from the Paris Agreement on fighting climate change also opens fissures between India and the US, worsened by Trump’s comments that India signed the pact only because it expected more aid.

Although the situation between India and US seems stressful, there are common areas that the two leaders can work on, especially fighting terror and strategic cooperation in Asia, where China emerges as an ambitious power.

No butchery within 10 km of BPIA in Odisha capital