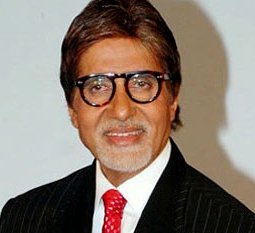 Modi took to Twitter to wish Big B: “Happy birthday Amitabh Bachchan! India is proud of his cinematic brilliance and support to many social causes. I pray for his long and healthy life,” Modi tweeted.

Big B has won many accolades in his career spanning over four decades, including four National Film Awards.

The Government of India honoured him with the Padma Shri in 1984, the Padma Bhushan in 2001 and the Padma Vibhushan in 2015 for his contributions to Hindi cinema.

The Government of France honoured him with its highest civilian honour, Knight of the Legion of Honour in 2007, for his exceptional career in the world of cinema and beyond.

In an industry where roles are seldom written for veteran actors, Amitabh is found experimenting with looks, characters and themes with an enthusiasm and passion of a newcomer.

To name just a few of his films, there is “Sholay”, “Anand”, “Zanjeer” from the beginning of his career to the most recent “Piku” and “Pink” as he continues to enthral the audience world over.
(IANS)