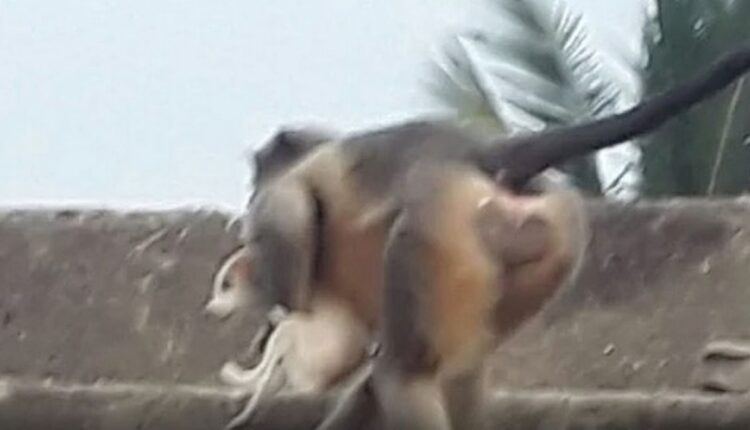 Mumbai/Bhubaneswar: A bizarre incident in Maharashtra’s Beed district has left many puzzled.

A troop of revenge-driven monkeys has killed at least 250 puppies by throwing them to the ground from high places. The motivation for such fury is said to have stemmed from an incident in which a pack of dogs mauled a baby monkey to death.

According to a report, the primates in the villages of Lavool and Majalgaon in Maharashtra were enraged by the baby monkey’s killing and in response unleashed brutal vengeance on dogs over the past month.

As per eyewitnesses, after the monkeys wiped out puppies from Lavool, they turned their attention to children. The villagers claim that the monkeys are dragging dogs to high places and dropping them to their deaths. Lavool has a population of 5,000 people but not a single puppy now resides in the village.

Villagers have contacted the Forest Department to rescue them from the monkey menace but according to reports the officials have failed to capture a single monkey.

Justin Bieber to perform in India this October. Here’s how…