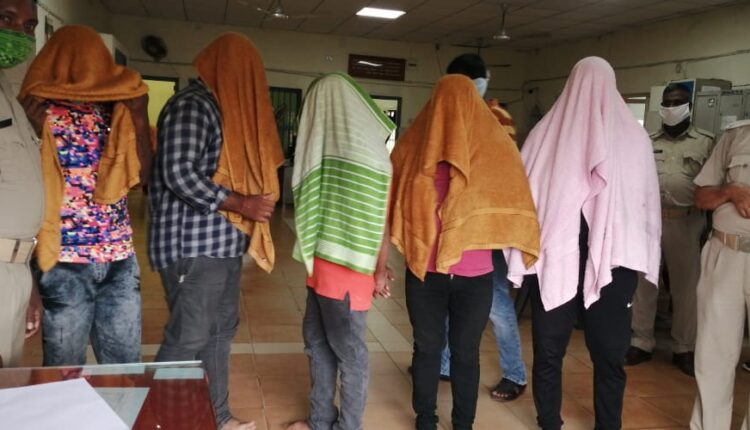 Bhubaneswar:  In a major breakthrough, the Commissionerate Police today busted a highway looters’ gang and arrested five dacoits in this connection today.

Acting on reliable information, the Saheed Nagar police conducted a raid and nabbed five members members of a highway looters’ gang and seized gold jewellery (a chain and two rings) worth Rs 10 lakh, six mobile phones, a laptop, a watch and a sharp weapon from their possession.

Sources said the Modus Operandi of the dacoits was that they target commuters on highways, attack them with sharp weapons and loot valuables from them before fleeing the spot. The criminals were most wanted for the Twin City Commissionerate Police, sources said.

Questioning of the arrested persons and further investigation is underway to find out involvement of more persons in the gang, sources added.