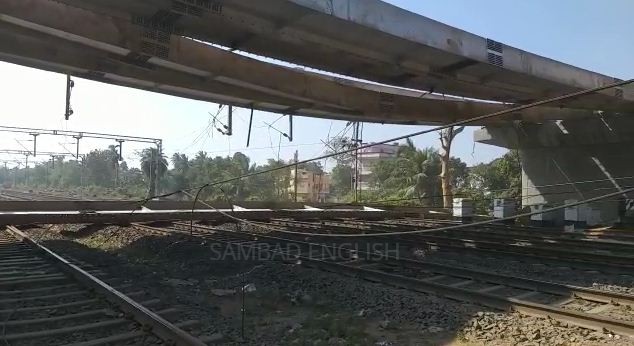 Balasore: Movement of trains was affected as beam of an under-construction railway overbridge (RoB) fell on track at Sobharampur in Odisha’s Balasore district, today.

According to reports, one of the six beams used for the RoB fell down snapping a live electric wire besides delaying movement of several trains plying through the route.

Railway officials rushed to the spot after the incident and initiated efforts to restore normalcy. It was decided to remove the remaining beams from the RoB to avoid any further untoward incident. No casualties have been reported.

“The reason for which the beam fell down is being ascertained. We are trying to normalize movement of trains in the route as soon as possible. No train has been cancelled due to the incident,” said AK Khuntia, Divisional Traffic Inspector, South Eastern Railway.