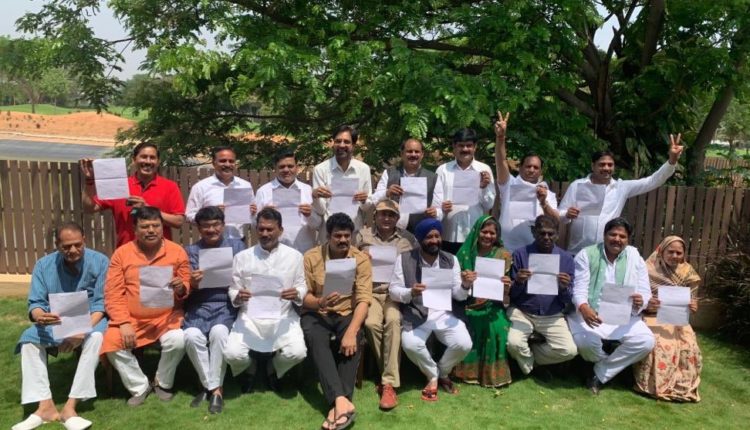 Bhopal: After Jyotiraditya Scindia quit the Congress, resignations from his Congress MLAs started pouring in.

At least 19 Congress MLAs close to Scindia have submitted their resignations to the Speaker N.P. Prajapati. They have resigned from the primary membership of the Congress.

Earlier, Scindia, along with Union Home Minister Amit Shah met Prime Minister and the meeting is said to have lasted for an hour.

After meeting with the Prime Minister was over, came the resignation letter of Scindia, written to party chief Sonia Gandhi. “While my aim and purpose remain the same as it has always been from the very beginning, to serve the people of my state and country, I believe am unable to do this anymore within this party,” Scindia wrote.

After Scindia posted the letter on his Twitter handle, Congress expelled him citing ‘anti party activities’ the reason for expulsion, a statement released by the Congress said.

Digvijaya Singh, who was entrusted with handling the crisis, alleged that the BJP is trying to topple the Kamal Nath government.

Meanwhile, a meeting of the BJP is going on in Bhopal at the party headquarters where Shivraj Singh Chouhan, Vinay Sahasrabuddhe, state BJP chief B.D. Sharma among others are in attendance, to chalk out a strategy to form the next government in Madhya Pradesh. A meeting of the BJP legislators will also be held on Tuesday evening to elect a leader.