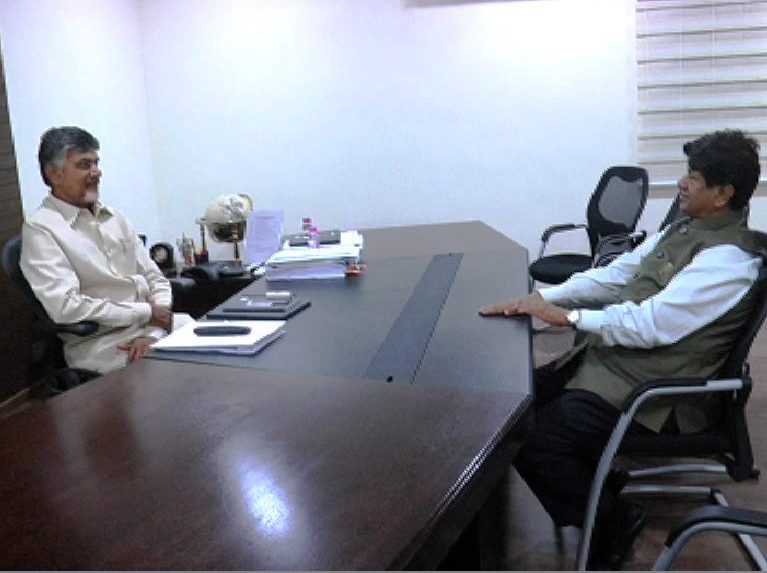 Naidu has full support for Odisha Chief Minister Naveen Patnaik’s attempt of ensuring 33 per cent reservation for women in Parliament and State legislatures, the MP said.

Soumya Ranjan Patnaik and Naidu also discussed about the importance of fairness in the upcoming general elections in 2019 and solution for dispute between Odisha and Andhra Pradesh over Polavaram multi-purpose irrigation project.

During Telangana Chief Minister K. Chandrashekar Rao’s visit to Odisha, the MP had also apprised him about Naveen Patnaik’s initiative for the reservation and sought support of the Telangana Rashtra Samithi (TRS) party in this regard.

Worth mentioning, Odisha Chief Minister Naveen Patnaik had on December 4 written to Prime Minister Narendra Modi urging the latter to initiate the move to ensure the one-third reservation for women.

He had also on December 6 written to Chief Ministers of all states seeking their cooperation to ensure the reservation for women.

Notably, the Women’s Reservation Bill, which proposed to amend the Constitution of India to reserve 33% of all seats in the Lower house of Parliament of India, the Lok Sabha, and in all state legislative assemblies for women, was passed in the Rajya Sabha in 2010 but lapsed after the dissolution of the 15th Lok Sabha in 2014.