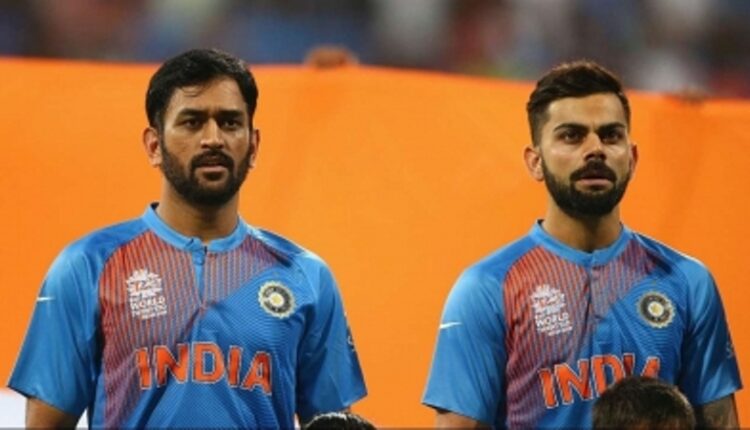 Iconic keeper-batter Dhoni captained his country at each of the first six editions of the tournament, including to victory in the maiden staging in 2007.

Dhoni won’t be playing at an ICC Men’s T20 World Cup for the first time but will play a key role in India’s campaign once again as a mentor, on whom Kohli will lean for leadership.

“MS is excited to be back, although he’s always been a mentor for all of us,” said Kohli.

“He has an opportunity to do it again and work with the younger guys who are playing in a major tournament in the early stages of their careers.

“We want to use the experience he’s gained over the years and have conversations with him around the game. Tactical inputs, intricate details of where the game is going and how we can improve by small margins.

“We’re absolutely delighted to have him back and his presence will certainly boost the morale of the team even further and give us even more confidence than we have as a team.”

Asked about Rahul Dravid’s appointment as the next head coach of the Indian team after Ravi Shastri’s tenure ends, Kohli conceded he had no idea of the developments. “No idea exactly what’s happening on the coaching front. No detailed discussion with anyone yet.”

Talking about India’s opening match in Super 12 against Pakistan on October 24 in Dubai, Kohli said that his approach for the high-octane clash will be like any other game. “I can talk from personal experience. Honestly never felt so. I have always approached this game like any other game. I know there is hype around this game, more so around with ticket sales and values of them are ridiculously high.”

“I don’t think we make anything extra out of it. For us, it is just about a game of cricket that has to be played in the right way. From fans point of view, the environment is loud from outside. From the players point of view, we approach it in a professional and normal way,” concluded Kohli.