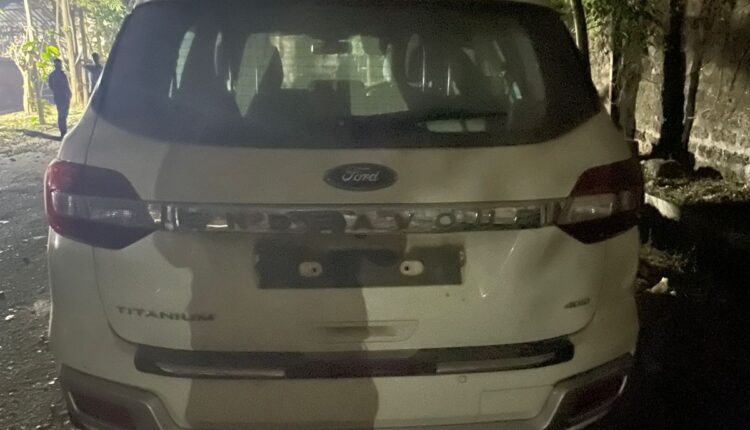 Bhubaneswar: Names and phone numbers of several persons mentioned on papers were found inside the ‘Ford Endeavour’ car of blackmailer Archana Nag, which was seized by the Enforcement Directorate (ED) last night.

The luxurious vehicle was reportedly abandoned by an unidentified person near Royal College of Science & Technology in Mancheswar area here.

As per locals, the person parked the car on roadside near the college on Friday night and left the place. As the vehicle remained parked till Saturday evening, locals suspected foul play. Media persons initially reached the spot to cover the news while ED officials reached later.

The front and rear registration number plates of the car were missing. The ED officials made confirmation regarding the ownership of the car with the engine and chassis number of the four-wheeler.

As the car was locked, help of technicians from a showroom of the car company was sought to unlock the vehicle.

The number plates and some papers bearing names and contact numbers of various persons were found inside the car, which was later taken to the office of the ED at Nayapalli here.

The agency might bring the persons under the purview of the investigation.

The car was allegedly gifted to her by an influential person. The ED may summon the person for questioning in this connection.

The son of the owner of the concerned car showroom had yesterday appeared before the ED at the office and told the investigators that Archana bought the vehicle in 2020 by paying Rs 33 lakh.

The ED has sought the help of the Mancheswar police to identify the person who parked and abandoned the car. Footage of CCTV cameras installed at nearby places were being examined for this purpose.

Worth mentioning, Archana was arrested for allegedly threatening and demanding money from politicians, businessmen and influential persons by blackmailing them with videos of intimate moments between her and them.

During investigation, police traced movable and immovable properties worth crores of rupees possessed by the woman, which were disproportionate to her known sources of income. The ED has been probing into the case to ascertain the source of money.