Narrow escape for 40 passengers as bus overturns in Odisha 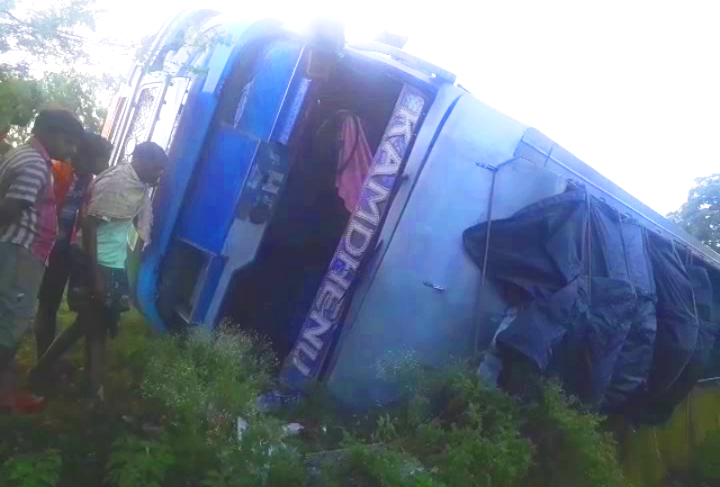 Jeypore: Around 40 passengers were narrowly escaped after the bus they were travelling in turned turtle near Parli under Borigumma block in Koraput district in the wee hours today.

Though no casualty was reported in the mishap, five passengers sustained injuries in the mishap. The injured were rushed to the Borigumma Community Health Centre (CHC) for treatment. One of the injured was later shifted to the Koraput district headquarters hospital (DHH) as his condition deteriorated.

Sources said the bus carrying the passengers was going to to Umerkote in Nabarangpur district from Berhampur.  However, the driver lost control over the vehicle, following which it overtuned near Borigumma.

Meanwhile, police reached the spot and began an investigation into the incident.