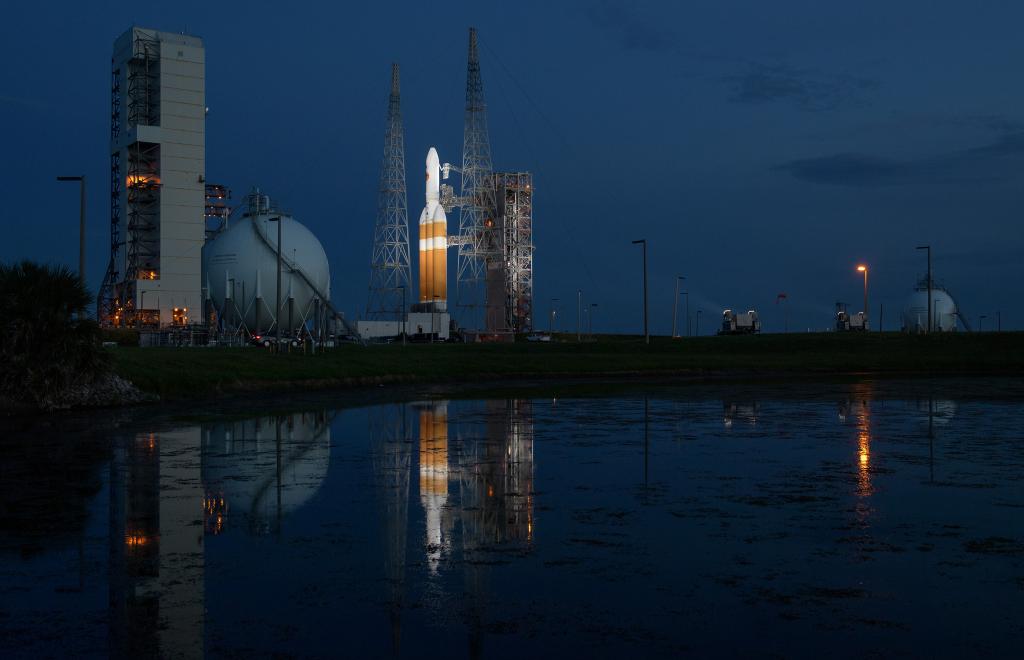 Washington: NASA on Saturday scrubbed the scheduled launch of its historic small car-size probe to “touch the Sun” from Cape Canaveral Air Force Station in Florida.

The agency is now targeting Sunday for the launch of the spacecraft which is designed to go all the way to the Sun’s atmosphere, or corona — closer to the Sun than any spacecraft in history.

“This morning’s launch of @NASASun’s #ParkerSolarProbe was scrubbed. Launch teams will attempt to launch on Sunday morning,” NASA said in a tweet on Saturday.

The probe is named after Eugene Parker, a solar physicist who in 1958 first predicted the existence of the solar wind, the stream of charged particles and magnetic fields that flow continuously from the Sun.

Nestled atop a United Launch Alliance Delta IV Heavy — one of the world’s most powerful rockets — with a third stage added, Parker Solar Probe will blast off toward the Sun with a whopping 55 times more energy than is required to reach Mars.

Weighing just 635 kgs, it is a relatively light spacecraft, Andy Driesman, project manager for the mission at the Johns Hopkins University Applied Physics Laboratory in the US, said in an earlier statement issued by NASA.

“And it needs to be, because it takes an immense amount of energy to get to our final orbit around the Sun,” Driesman added.

Zooming through space in a highly elliptical orbit, the Parker Solar Probe will reach speeds of up to 700,000 kms per hour, setting the record for the fastest spacecraft in history.

During its nominal mission lifetime of just under seven years, the Parker Solar Probe will complete 24 orbits of the Sun — reaching within 3.8 million miles of the Sun’s surface at the closest approach.

In an orbit this close to the Sun, the real challenge is to keep the spacecraft from burning up.

“Recent advances in materials science gave us the material to fashion a heat shield in front of the spacecraft not only to withstand the extreme heat of the Sun, but to remain cool on the backside,” said Adam Szabo, the mission scientist for the Parker Solar Probe at NASA’s Goddard Space Flight Center in Greenbelt, Maryland.

The heat shield is made of a 4.5-inch thick carbon composite foam material between two carbon fibre face sheets.

At the Parker Solar Probe’s closest approach to the Sun, temperatures on the heat shield will reach nearly 1,371 degrees Celsius, but the spacecraft and its instruments will be kept at a relatively comfortable temperature of about 29.4 degrees Celsius. (IANS)

NASA’s Lucy mission onboard to explore…