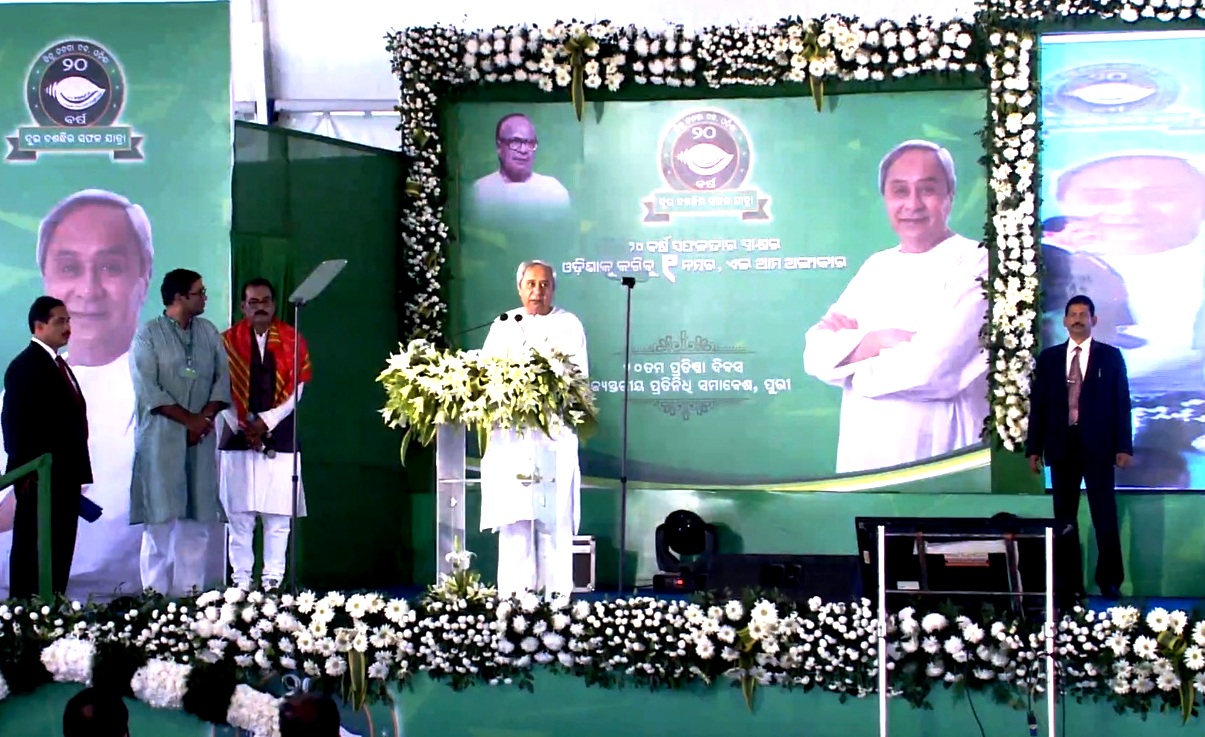 Puri: Expressing his indebtedness towards the people of Odisha for reposing faith in Biju Janata Dal, the party supremo Naveen Patnaik today said that the two-decade-old party has turned into a social movement.

On the sidelines of 20th Foundation Day of BJD, Patnaik advised party workers to serve people and stressed on following ‘simple living and high thinking’ principle in life.

“Simplicity has its own power which connects to masses. In the words of Dr. Kalam, truth and simplicity self-maintained without any cost. Simplicity is paramount in public life. It should be our motto in life. So, address people’s problems with a sympathetic attitude. People are our ultimate master.  So serve them with all humility and fulfil the promises made to them,” Patnaik told partymen.

Between service and power, the former is the way to get closer to people. Thus, serve people and make space in their hearts, he advised.

In his address, Patnaik invoked the Father of the Nation. “People’s love for Mahatma Gandhi has made him immortal. The love of crores of Odias for Biju Babu has made him great too. Power, prestige and Property are insignificant as compared to people’s love,” he added.

Recollecting his plunge into electoral politics when he was first elected as an MP from Aska in 1997, Patnaik said: “My life has been dedicated in the service of Odisha and its people since the beginning of my political career.”

I urge people to work for pride of Maa, Mati and Manisha (Mother, Motherland, and People). We should continue our endeavour towards making Odisha more prosperous. Let’s take a pledge to make Odisha No 1 state and carve space in world history, he concluded.

Know where urban parkway will come up in Odisha capital