Navneet Rana, who is lodged in jail, files complaint against Sanjay Raut 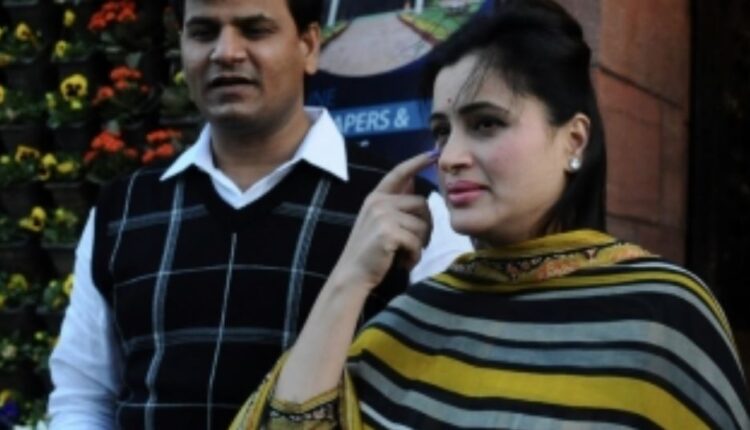 Nagpur: Independent Maharashtra MP Navneet Rana, who is currently lodged in a Mumbai jail facing a number of charges, including sedition, on Tuesday lodged a complaint with the Nagpur Police against Shiv Sena MP Sanjay Raut for allegedly making derogatory remarks against her.

Navneet Rana and her husband Ravi Rana, who is also an Independent MLA, were arrested on Saturday from their Mumbai residence after they announced to recite ‘Hanuman Chalisa’ outside Chief Minister Uddhav Thackeray’s house, ‘Matoshree’, in Bandra.

Navneet’s written complaint was accompanied by a pen drive, which reportedly contains alleged hate speech made by Raut targeting the Ranas. She has demanded that Raut be booked under the SC and ST (Prevention of Atrocities) Act, as she belongs to a minority community and Raut has ridiculed herself time and again.

The couple was picked up by the Mumbai Police for ‘inciting’ tension in Mumbai ahead of Prime Minister Narendra Modi’s visit to the city to receive the first Lata Deenanath Mangeshkar Award.

The were also booked on charges of preventing the police from performing their duty. After spending a night in the police station, the couple was remanded to judicial custody.

During the high drama in Mumbai, Raut, who was in Nagpur, had ridiculed the couple for their attempts to recite Hanuman Chalisa before ‘Matoshree’ and allegedly used derogatory remarks.