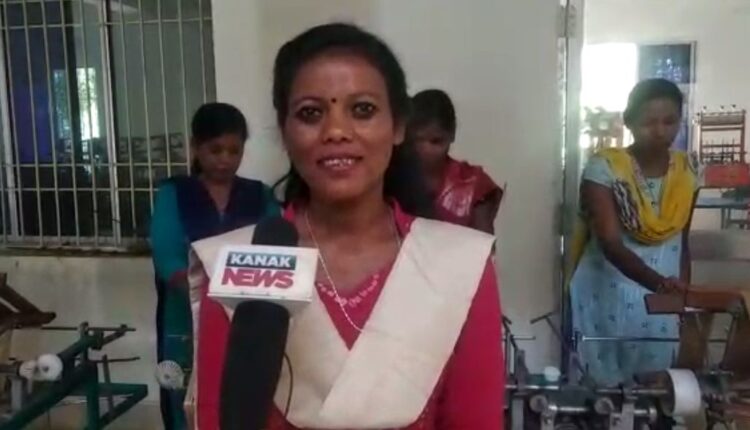 Kuni, a resident of Karadapal village under Harichandanpur block of Keonjhar district, was praised by the Prime Minister for utilizing solar energy to spin silk.

“Kuni Dehury, a daughter from Odisha, is making solar energy a medium of employment for her as well as for other women. She trains tribal women to spin silk on a solar-powered reeling machine. Due to the solar machine, these tribal women do not have to bear the burden of electricity bill,” said the Prime Minister during his Mann Ki Baat programme.

Kuni has trained as many as 500 women to spin silk on solar energy-powered machine and helped them to earn something for their families.

“I had never dreamt of receiving praise from the Prime Minister of India. I feel proud as the Prime Minister has appreciated my effort to train women for self-employment. Today, the whole country knew about me,” said an elated Kuni.

Kuni got attracted towards silk work while staying with her elder sister some years ago. She received formal training on silk work from a central government agency in 2004.

“The people of my locality have been associated with silk work since long. I have so far trained around 500 women to spin silk. I have also donated a plot to open a training centre in my village,” Kuni said.

The young artisan was felicitated by the central government in 2015 for her expertise in spinning silk. “I have been felicitated as a women entrepreneur by the Sambad Group. I had received a cash prize of Rs 1 lakh at an event in Mumbai in 2019 for my contribution to the field of women empowerment. I have utilized the money to open my training centre. President Droupadi Murmu had also felicitated me during her tenure as the Governor of Jharkhand,” revealed Kuni.

The young artisan has a dream to popularize the silk products of her locality in the international market. “I want to empower the women of my locality by providing them self-employment opportunities,” She said.