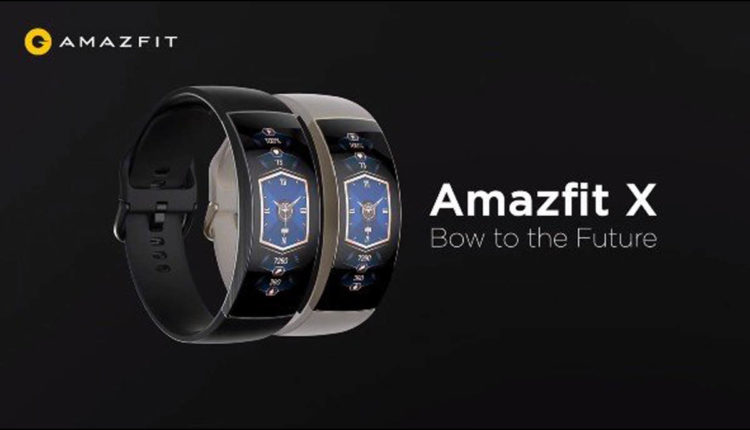 Buyers can get Amazfit X watch via the Indiegogo crowdfunding site that will be available across the world in August.

The fitness band features 2.07-inch curved AMOLED display with a resolution of 206×640 pixels, 400 nits of peak brightness, and a sufficiently high pixel density of 326ppi.

The display has a curved arc of 92-degrees that is claimed to offer a more natural and comfortable fit while wearing.

The band features a 200mAh curved lithium battery which claims to last for seven days on a single charge. The Amazfit X comes equipped with a PPG heart rate sensor, blood oxygen and more.