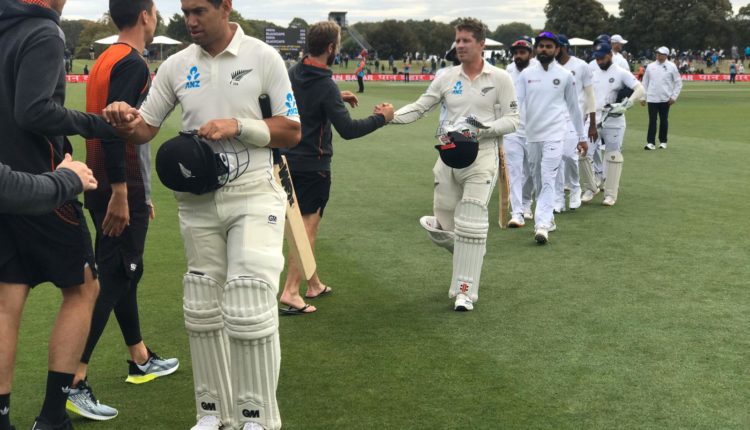 Christchurch: World number one India suffered a seven-wicket defeat in less than three days as New Zealand completed a memorable series sweep in the second Test here on Monday.

India were all out for 124 in their second innings to leave New Zealand with a chase of 132 for a 2-0 whitewash.

The hosts completed the job with openers Tom Latham (52) and Tom Blundell (55) doing the bulk of the scoring.

Jasprit Bumrah picked up two wickets wickets and Umesh Yadav one after the Kiwi openers had put on a solid 103-run stand.

Earlier, resuming the third day on 90 for six, India lost overnight batsmen Hanuma Vihari (9) and Rishabh Pant (4) early and the tail also could not survive for long.

For the hosts, lead pacer Trent Boult finished with impressive figures of 4/28 and his new ball partner Tim Southee was equally good, taking three wickets for 36 runs at the Hagley Oval.

The pace duo maintained the pressure on the Indian batsmen and picked up wickets quickly to give the home team an opportunity to complete the match with plenty of time to spare.

India had scored 242 in their first innings and New Zealand were all out for 235 to give the visitors a slender seven-run lead.

The visitors had lost the first Test by 10 wickets.