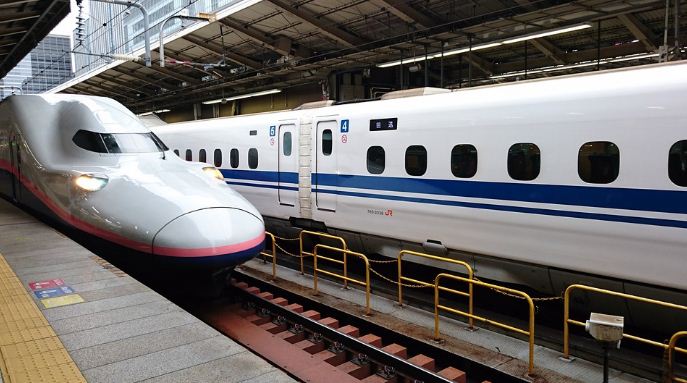 New Delhi:  With a focus on Prime Minister Narendra Modi’s ambitious ‘Aatmanirbhar Bharat’ programme, the National High-Speed Rail Corporation Limited (NHSRCL) through its High-Speed Railways Innovation Centre (HSRIC) trust has partnered with the Indian Institute of Technology (IITs) and Indian Institute of Science (IISC) to develop ‘Made in India’ techniques for the Bullet train projects.

An NHSRCL official related to the development told IANS that the HSRIC trust is managed by a board of trustees chaired by NHSRCL Managing Director and supported by Executive Council.

He said the trust is assisted by an advisory council comprising of the persons of eminence from academia and research institutes both from India and abroad like IITs, University of Tokyo and Railway Technical Research Institute (RTRI), Japan to review nature of the projects to be undertaken by the Innovation Centre.

He said that the HSRIC also reviews the nature of the projects to be undertaken by it.

The official said presently all the simulation studies for traction power supply and over head equipment (OHE) system design for railway projects in India for Metro, DFC and High Speed Rail are carried out in foreign countries.

He said the simulations in varying degree of detail are required at several stages of the project for example feasibility stage, detailed project report, basic design, detailed design, validation of design modification at any stage during the stage of operation and maintenance.

He further added that for the development of indigenous simulation model for design validation of power supply by IIT Roorkee, IIT Delhi and IISC Bangalore and IIT Bombay.

He said that for the development of indigenous simulation model for design validation of OHE pantograph interaction, the Advanced Manufacturing Technology Development Centre of IIT Madras, IIT Delhi and IISC Bangalore and IIT Bombay have been roped in.

Commenting on the ‘Make in India’ under HSRIC, NHSRCL MD Achal Khare said, “As a step towards ‘Atmanirbhar Bharat’ the following capabilities in the area of high-speed rail technology are being developed in India by HSRIC in close association with IITs, IISCs and other institutes of repute.”

Khare said that the funds will be provided to these institutes to start the research work and hopefully the findings of these studies will be available in next two to three years.

“The HSRIC trust will work towards developing indigenous capabilities in relevant fields of High-Speed Railways and will provide innovative, cost-effective solutions, technical guidance, strategic analysis, eco-friendly and environmentally sustainable solutions advice to the Indian Rail Transportation industry on significant challenges and opportunities. It will also contribute to the development of HSR specific standards in India.” Khare added.

The official said that the two indigenous simulation model will be developed in the next two-to-three-year time period and can be used for various future high speed rail corridors in India.

The official further said that for developing the capability in civil system, the HSRIC has taken up the work of geosynthetic reinforced earth retaining wall and development of cement asphalt mortar.

Talking about the Geosynthetic reinforced earth retaining wall, the official said that for developing RE retaining wall and Reinforced Earth Abutments design methods and specifications to suit Indian conditions, based on available materials in India, would help in tapping its advantages for Railway applications more efficiently.

He said that use of RE Wall on a large scale, in HSR, has substantial cost optimization potential. “The research and development work in this regard have been undertaken with IIT Gandhinagar with a timeline for completion of project in five years,” the official said.

“Once the Indian design standards for RE wall are developed, the same can be applied in HSR project,” he added.

Explaining the development of cement asphalt mortar work, the official said that Cement Asphalt Mortar (CAM) is a filler material consisting of cement, sand, asphalt emulsion and ad mixtures, which is used in between track slab and RC trackbed of track structure on ballastless track.

“The CAM in semisolid form is poured into a non-woven bag by gravity flow and inserted below the slab for supporting it and adjusting the vertical alignment. CAM suitable for HSR is not produced in India,” he said.

The official said: “A project has been undertaken with IIT Madras and IIT Kharagpur to study functional and structural requirement of CAM for High-Speed Railway, to produce the CAM, suitable for Indian environmental conditions, based on available chemical and cement materials in the country and to develop alternative material, which can fulfill, structural and functional requirements of CAM.”

The NHSRCL is working on the 508-km Mumbai-Ahmedabad High Speed rail corridor.

bullet trains in indiaindianhsrcl to work with iits

5G roll out likely in a month: Centre

Ford India to sell its Gujarat plant for Rs 725.7 crore to Tatas

69% jobs in India under threat by automation in 20 years

Rupee gains 26 paise in afternoon trade to 79.20 against US dollar