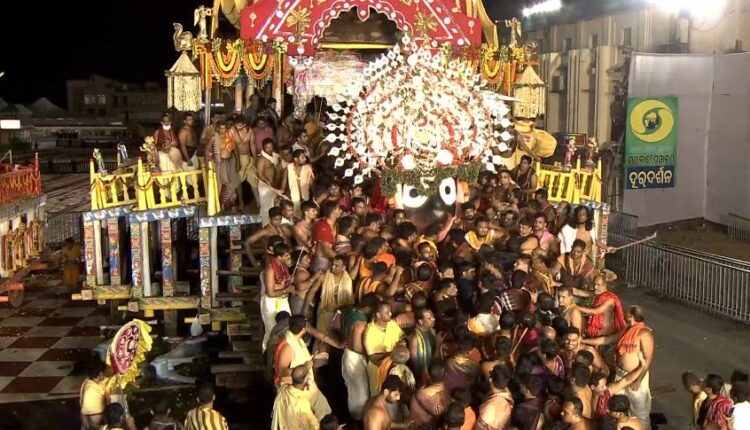 Puri: The annual Ratha Jatra of Lord Jagannath, Lord Balabhadra and Devi Subhadra came to an end with the Niladri Bije event as the deities returned to the Srimandir here, today.

The servitors escorted the deities from their respective chariots to the Ratna Singhasana inside the temple in ceremonial procession namely ‘Goti Pahandi’.

According to age-old tradition, as Lord Jagannath neared the Jaya Vijaya Dwara of the temple, Goddess Lakshmi obstructed Him from entering the Srimandir displaying Her anguish for being left alone by Him during the Ratha Jatra.

The Niladri Bije event was held sans devotees as the state government had prohibited congregation due to the COVID-19 situation.