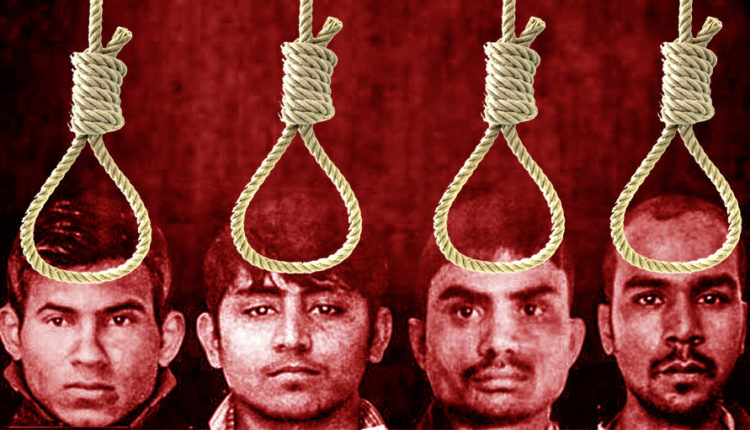 New Delhi: More than seven years after committing the gruesome crime, the four men convicted for the brutal gang-rape and murder of a physiotherapy student in the national capital were hanged in Tihar Jail in the early hours of Friday.

The four convicts — Vinay Sharma, Akshay Thakur, Mukesh Singh and Pawan Gupta — have finally paid the price for the heinous crime they committed in December 2012.

With the execution of the convicts, curtains have finally been brought down on the case which gathered dust for several years.

Over the years, the convicts adopted several manoeuvres to delay the hanging and even succeeded thrice. This time, however, they could not escape the clutches of the judiciary and were hanged till death.

The case pertained to the gruesome gang-rape of a 23-year-old girl by six men in a moving bus on the fateful night of December 16, 2012.

The girl, who was later dubbed as Nirbhaya, and her male friend was assaulted and thrown on the road. The attackers inserted rod into her vagina and ripped her intestines apart. The injuries were so brutal that she succumbed to them thirteen days later.

The gruesome crime shook the conscience of the nation and led to country-wide protests and a change in the country’s rape laws.

All the men, including the prime accused and a minor, were nabbed within few days of the incident.

The prime accused, Ram Singh, allegedly committed suicide by hanging himself in the Tihar Jail days after the trial began.

The juvenile, who was said to be the most brutal of the attackers, was put in a correctional home for three years and later released. The remaining four men were convicted for the crime on September 13, 2013 and were hanged on Friday in South Asia’s largest prison complex. With this, India’s daughter has finally got justice.

One more from Odisha tests positive for COVID19