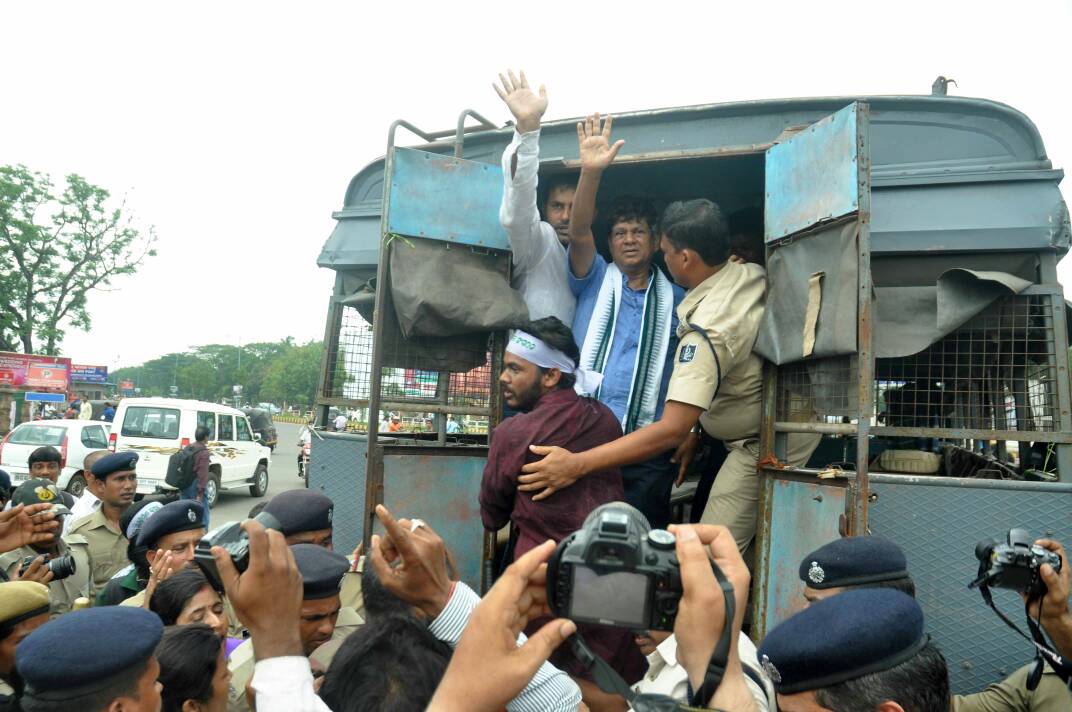 Bhubaneswar: Extending its solidarity to the all India ‘chakka jam’ call given by 51 farmers’ organizations protesting the police firing in Madhya Pradesh in which six peasants were killed, the Navnirman Krushak Sangathan (NKS), an Odisha-based farmers’ outfit, today observed a two-hour bandh at different places across the state.

Activists of the NKS blocked road at Chandrasekharpur and Jaydev Vihar in Bhubaneswar by burning tyres. They also staged a rail roko at the city railway station led by NKS advisor Soumya Ranjan Patnaik.

Later, a road blockade was staged at Master Canteen Square from where police picked up several agitators and took them, including Patnaik, into preventive custody.

“We had called for 2-hour chakka jam to give the message that farmers of Odisha are with the farmers of the nation. The agitation will continue and intensify in future if our demands are not met. We will resort to satyagraha in coming days to press our demands,” Patnaik said.

Similarly, roads were blocked on NH-55 at Siminai in Dhenkanal, NH-26 at Sinkhamand in Balangir and NH-49 in Keonjhar by the farmers’ body.

Besides, protests were staged at Kapilash Chhak in Rayagada, Satyabadi in Puri and Buguda in Ganjam.