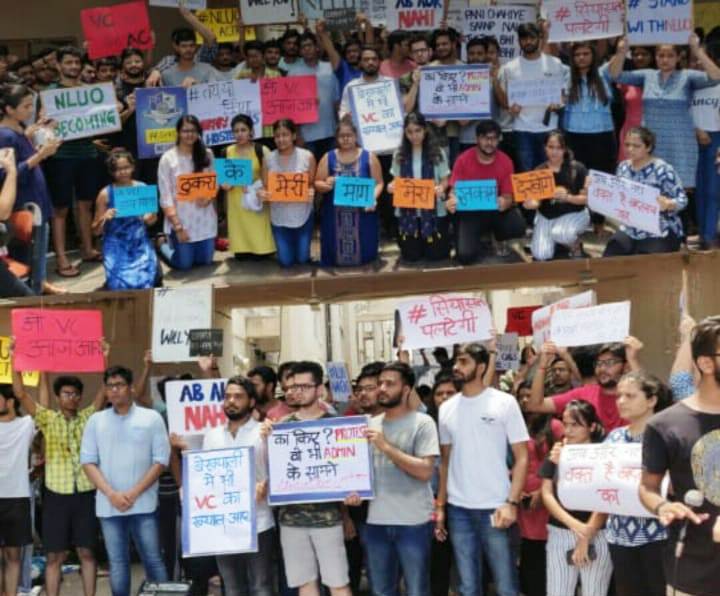 Holding placards and shouting slogans, the students staged demonstration on the varsity premises. They alleged that several issues have been plaguing the university for years, but the authorities have only remained indifferent towards the same. The demands, include steps to improve campus placement, construction of a world-class library and renovation of the girls’ hostel.

“A world class library was promised since long but no progress has been made in this regard yet. Besides, the authorities have increased the admission fees by around Rs 30,000 without providing reasonable explanation. Though the students’ body has raised these issues umpteen times, no significant steps have been taken by the varsity administration in this regard till yet,” said a student requesting anonymity.

The students also slammed the authorities for its lackadaisical attitude in carrying out development work of basic infrastructures in the law university. The agitators threatened to continue their protest until their demands are not fulfilled.

Odisha cops thrashed by villagers while trying to nab accused