Had no conversation on devaluation of any currency: Sitharaman 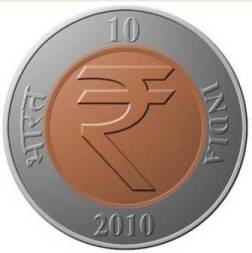 Commerce Minister Nirmala Sitharaman on Thursday said she did not make any comment on devaluation of the Indian rupee.

“I had no conversation on devaluation of any currency with any news correspondent,” Commerce and Industry Minister Sitharaman said in a tweet.

“Any quotes/mentions referring to me on this topic baseless.”

The Indian rupee had weakened after a media report claimed that the Commerce Ministry planned to propose a round of rupee devaluation to shore-up dwindling exports.

However, the Indian rupee pared its losses after the government denied any plans of devaluation. Currency market observers pointed out that intervention by the country’s central bank might have also resulted in rupee paring its early losses.

The news report on the proposed devaluation had dragged the Indian rupee to 67.07 against a US dollar. It traded at 66.98 to a greenback at 2.30 p.m.

On Wednesday, the rupee had strengthened by two paise to 66.90 against a US dollar from its previous close of 66.92 to a greenback on Monday.

“We find little substance in the news as rupee remains a market-driven exchange rate, and unlike currencies which are pegged, like Chinese Yuan, it is not easy to devalue or appreciate a currency as per the whims and fancies of the policy-makers.” (IANS)

Liquor bottling units in Odisha to resume production amid…