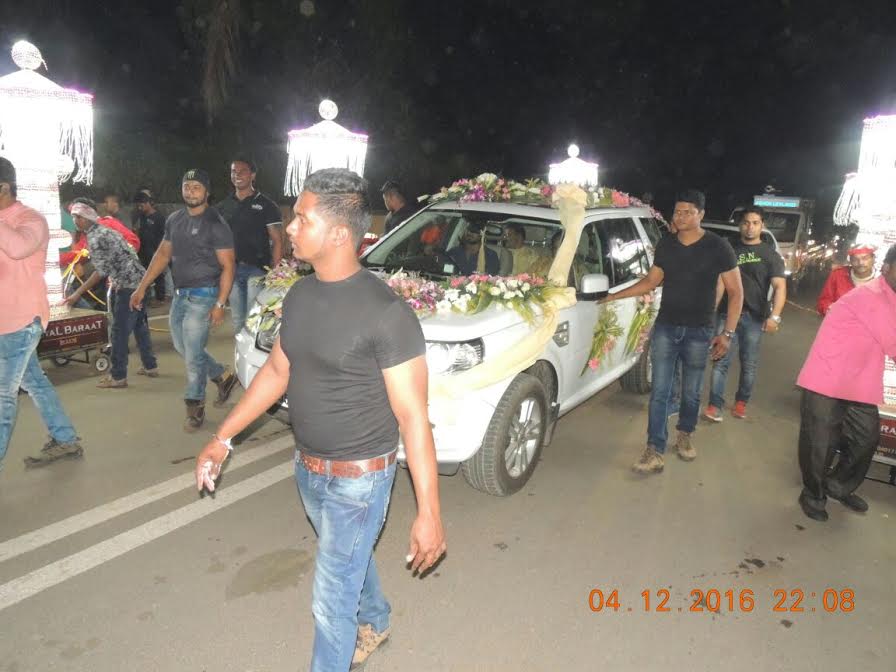 Bhubaneswar: The Commissionerate Police today decided to impose blanket ban on marriage processions on some main routes in Odisha capital from February 1.

The restriction over marriage processions in these routes is applicable during day time and night, it stated.

“Road congestion is very often experienced on different roads of Bhubaneswar city due to marriage processions, as a result, difficulties are being faced by the general public in their smooth communication and they fail to reach their destination such as railway station, bus stand, airport and hospitals,” the notification stated.

Essential services such as ambulance and fire service face difficulty in reaching their destination due to the obstruction caused by marriage procession at the main roads of Bhubaneswar, the released further added.

The Twin City Police Commissioner Y B Khurania had earlier told that the reason for introducing the restriction is to avoid heavy traffic jams occur during movement of the wedding processions causing inconvenience to commuters.

Sources said every year, the Commissionerate Police grants permission for over 500 marriages out of which about 200 are usually observed on the arterial routes. And, most of the marriage processions are usually taken out in afternoon and night giving the commuters a tough time.

Recently, the Bhubaneswar Municipal Corporation (BMC) proposed to impose users’ fee of Rs 5,000 on marriage procession as such movements pollute the environment. The proposal sparked widespread resentment among locals and hoteliers, prompting the civic body to put on hold its proposal for the time being.