No one gave me a chance of picking up 10 wickets, says Kumble 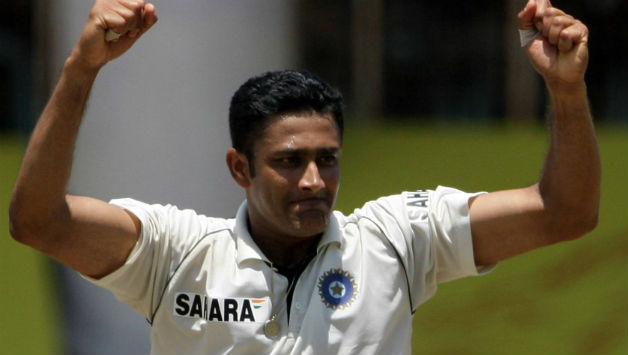 Reminiscing his ‘Perfect Ten’ against Pakistan on this very day 18 years ago, leg-spin legend and current India coach Anil Kumble on Tuesday said nobody gave him a chance to pick all the 10 wickets in an innings and he felt privileged to achieve the “rare” cricketing feat.

Back on February 7, 1999, Kumble returned epoch-making figures of 10/74 in 26.3 overs to hand India a remarkable 212-run victory over arch-rivals Pakistan at the Ferozeshah Kotla ground in Delhi.

Ahead of India’s one-off Test against Bangladesh, the 46-year-old, who emulated English off-spinner Jim Laker by picking all 10 wickets, termed such milestones as “unique”.

“When I sat in the dressing room I never thought I would go out and pick up 10 wickets,” Kumble said laughing.

“It’s one of those things which happen. It’s nice to celebrate anniversaries of cricketing milestones but if it happens it happens.”

“It can happen tomorrow, or 10 years down the line or it may not happen at all. I don’t think anybody gave me a chance of picking up ten wickets. It’s a very rare occurence and I was probably privileged and blessed to be a part of that but it’s something unique,” the owner of 619 wickets in 132 Tests said. (IANS)