No permission given to ongoing construction work near Shree Jagannatha Temple: ASI 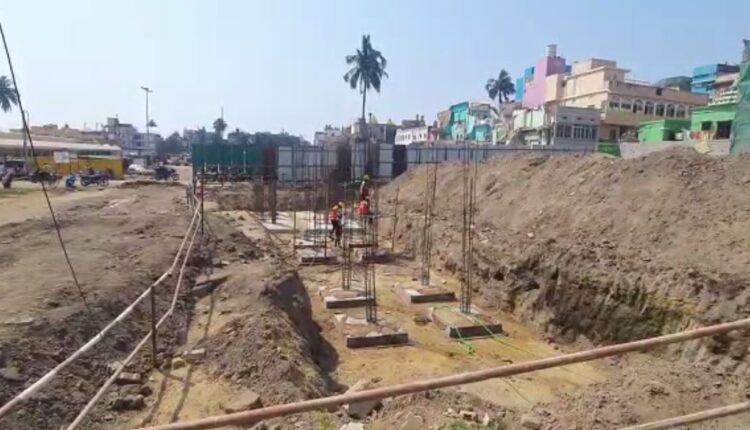 Cuttack/Puri: In its affidavit filed before the Orissa High Court, the Archaeological Survey of India (ASI) today stated the competent authority has not given valid permission or No-Objection Certificate to the ongoing construction work of the Shree Mandira Parikrama Project.

The affidavit filed by Dilip Kumar Khamari, Regional Director (East) of ASI mentioned that the drawings and structural designs included in the revised detailed project report (DPR) are different from the one presented to National Monuments Authority (NMA). Frequent changes have been noticed, it added.

The deviations have been observed during the joint inspection followed by onsite discussions with officials of the Odisha Bridge Construction Corporation (OBCC) and the Shree Jagannatha Temple Administration (SJTA).

“There is every possibility that the agency OBCC during the excavation or soil removal might have destroyed the archaeological remains of the heritage site,” the affidavit added.

While hearing a petition filed by a Puri resident Dilip Kumar Baral seeking an order to stop the construction activities carried out by the State government near the 12th century shrine, the Orissa High Court asked the ASI to submit a detailed report during next hearing.

The ASI has been asked to mention in its report clearly whether damages have been done to the Shree Jagannatha Temple at Puri due to the construction work.

The court has fixed the date for next hearing on June 20.

In his petition, Baral sought the court’s intervention to direct the State government to stop construction work under a developmental project near the temple. He alleged the construction activities are violating the Ancient Monuments and Archaeological Sites and Remains Act, 1958.

According to the provisions of Ancient Monuments and Archaeological Sites and Remains Act, an area within 100 meters from a monument is a ‘prohibited’ zone. The area within 200 meters falls under the ‘regulated’ category.