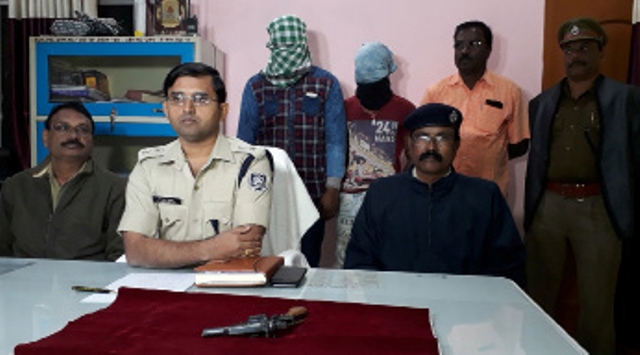 Bargarh: Speculation of a political link in the firing at the house of BJP worker Manoranjan Meher in Odisha’s Bijepur came to an end after Bargarh SP B Jugal Kishore made it clear that there is no such connection in the incident.

Addressing a press conference after the arrest of two persons, identified as Mohammad Arshad alias Raja Khan and Sushant Bhoi, from a dhaba on Chhattisgarh border yesterday for their alleged involvement in the case, the SP said no political link has been established in the incident while further investigation is on.

The duo is being questioned and will be brought on remand, if required, he said. A Bolero SUV and a country made pistol have been seized from their possession.

Prime accused Raja Khan had previous enmity with Manoranjan Meher and he was looking for an opportunity to settle the scores with the BJP activist, police said.