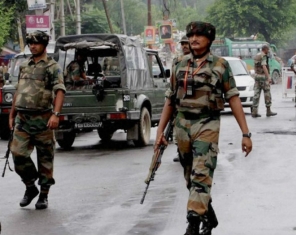 “He was shifted to hospital for treatment where he succumbed to injuries”, sources said adding that security forces have reached the spot to trace the militants.

Militants had shot and killed a school principal and a teacher inside a government higher secondary school in the same area on October 7.

Two days before that incident, a famous pharmacy owner, M.L. Bindroo, a Bihari street vendor and a taxi driver were killed by militants in a series of attacks on civilians.