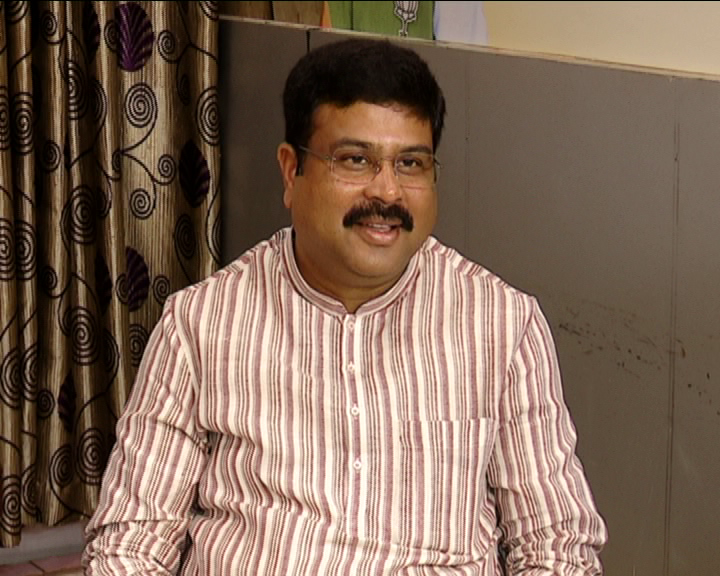 Road shows on the upcoming auction of India’s 67 discovered small hydrocarbon fields will be launched in the US and Canada by Petroleum Minister Dharmendra Pradhan, an official statement said on Tuesday.

COVID-19 hospitalisation rate for children hits highest level in US

“Two-day road show in Houston from July 14 and Calgary (Canada) from July 18 will be held to promote the 67 Discovered Small Fields (DSF) Bid Round 2016,” a Petroleum Ministry statement here said.

Pradhan will pay an official visit to Houston and Washington, D.C., between July 13 and 18, during which he will launch the international road show for the 67 DSF in Houston. In Washington, he will meet US Secretary of Energy Ernest Jeffrey Moniz on July 18.

These DSF of the Oil and Natural Gas Commission and Oil India could not be monetised during the previous years and are being offered for international bidding now.

Bidding will open between July 15 and October 31.

The previous exploration licensing round ended in March 2012.

The auction will be under the new Hydrocarbon Exploration and Licensing Policy (HELP) approved in March, based on a revenue-sharing model as opposed to cost-and-output-based norms earlier.

The new model will replace the controversial production sharing contracts — by which oil and gas blocks are awarded to firms which show they will do maximum work on a block — that has governed the bidding under the earlier nine NELP rounds.

Under the Discovered Small Field Policy, the government is offering for bids 67 discovered small fields in 46 contract areas spread over nine sedimentary basins on land and in shallow and deep water areas. The offered fields hold 625 million barrels of oil and gas reserves.

Of the 46 small fields, 26 are on land, 18 offshore in shallow water and two in deep water.

While 28 discoveries are in the Mumbai offshore, 14 others are in the east coast’s Krishna-Godavari basin.

Eventual operators will be issued a single licence for exploration of conventional and non-conventional hydrocarbons and will have the freedom to sell oil and gas at “arms length” market prices. There would be no cess on crude oil.

The production sharing contracts regime, which allows operators to recover all investments made from sale of oil and gas before profits are shared with the government, was criticised by India’s official auditor, who said it encouraged companies to keep inflating costs — “gold plating” — so as to postpone giving higher share of profits.

The change in model is designed to help keep the government share in cases of windfall from both steep rise in prices as well as quantum jump in production.

Meanwhile, amid the recent fluctuation in international oil prices, the Indian basket of crude fell nearly $2 per barrel on the weekend, closing trade on Friday at $43.29, compared with the Thursday closure at $45.17.

Composed of 73 per cent sour grade Dubai and Oman crudes and the rest sweet grade UK Brent, the Indian basket fell further on Monday to close at $42.98 per barrel.

The price of the OPEC (Organisation of Petroleum Exporting Countries) basket of 13 crudes slipped to $42.21 a barrel on Monday, compared with $42.59 on Friday, having already lost nearly two dollars from its closing price on Thursday, according to the OPEC Secretariat. (IANS)

Would be foolish to seek US arbitration on Kashmir issue:…

Bharat Biotech working on full approval of Covaxin by US…