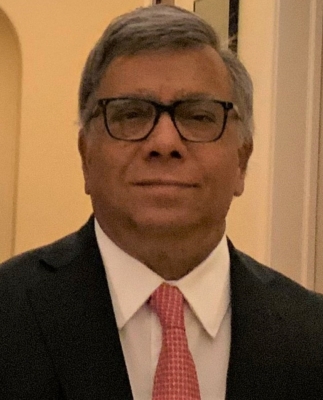 Chatterjee, 72, who was awarded at a ceremony on Friday in Cary, is known for strengthening the US-India relationship over the past three decades.

Cooper applauded Chatterjee’s contribution to the development of North Carolina, and also in enriching the India-US relationship and cultural milieu of America.

Chatterjee played a key role in former President Bill Clinton’s March 2000 visit to India. He was also a part of the Indian-American delegation that accompanied Clinton during the visit.

He became the first Indian-American to be conferred with the Padma Bhushan in 2001. Chatterjee was also inducted as a member of Indian PM’s Global Advisory Council of Overseas Indians in January 2009.

He was the first recipient of the Community Leader of Year award by the ethnic newspaper, India Abroad in 2006.

Chatterjee has a B.Sc in Physics from Calcutta University, a B.E. in Instrumentation and Electronic Engineering from Jadavpur University, and an MBA from North Carolina State University.

He and his wife Manjusri Chatterjee, a practicing physician, live in Cary.