Not suicide, my husband has been murdered, alleges Gobinda Sahu’s wife 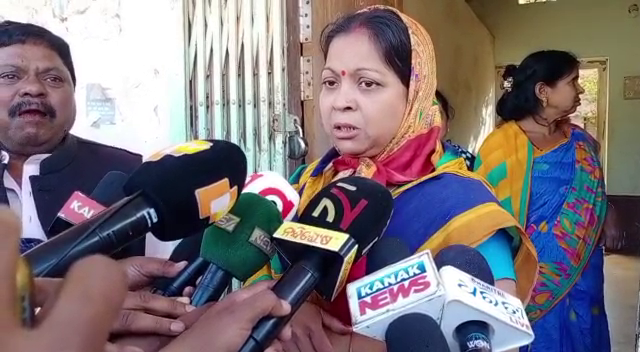 “My husband has been murdered. He was a strong man and cannot die by suicide. If so, he would have committed it before; why did he wait for one year to end his life?” said Gobinda Sahu’s wife Sushma Sahu.

She lodged a complaint at the Kegaon Police Station alleging pre-planned murder by the administration in judicial custody.

“My husband was in the judicial custody. Those who had kept my husband in jail, they have murdered him. Should not they have protected him inside the cell?” she asked.

When asked about the last conversation she had made with her husband Gobinda Sahu, she said that she had spoken to him yesterday briefly and he had asked her about his mother and son, denying to reveal any political link behind her husband’s death.

Gobinda Sahu, the undertrial prisoner in sensational Mamita Meher murder case, was found hanging from a tree on premises of the Kantabanji Sub-Jail today.

In view of gravity of the case, the Odisha Human Rights Commission (OHRC) has sought a detailed report from the Special Director General of Prisons & DCS, Odisha and Superintendent of Police, Balangir, within 15 days.