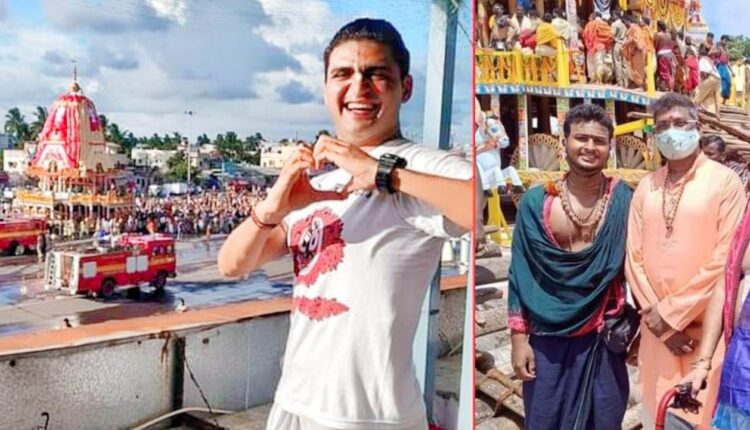 Puri: Several noted personalities, including Ollywood music director Prem Anand and well known Youtubers Gopal Krishna & Atul Krishna, have landed in trouble for allegedly taking part in the Ratha Jatra here despite prohibition imposed by the Odisha Government over congregation or participation of public in the festival due to the COVID-19 situation.

NGO Voice for Common Man has filed an FIR with the Singhadwara police alleging that several ‘notable outsiders’ entered the police barricade around the chariots of the deities and took photographs/selfies.

The NGO has demanded stringent action against the violators.

The Youtuber duo reportedly left Puri town after their offence came to fore. They had posted the photos on their social media accounts, reports said.