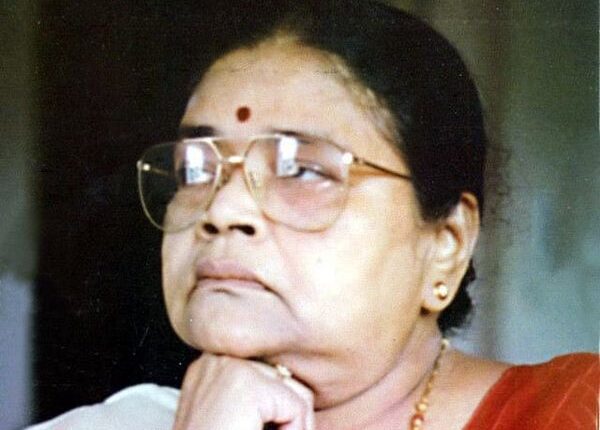 The mortal remains of Padma Shri Binapani Mohanty were taken to Sati Chaura crematorium where the veteran Odia writer was accorded a ceremonial guard of honour.

Many dignitaries including Cuttack Collector Bhabani Shankar Chaini, DCP Prateek Singh and former Choudwar-Cuttack MLA Prabhat Ranjan Biswal were present at the crematorium to pay their last tribute to the departed soul.

The eminent writer had breathed her last at her residence in Cuttack city on Sunday night. She was 85.

An academician by profession, had begun her literary career as a story-teller with the publication of ‘Gotie Ratira Kahani’ – an Odia fiction – in 1960. Some of her best known stories are ‘Pata Dei’, ‘Khela Ghara’, ‘Naiku Rasta’, ‘Bastraharana’, ‘Andhakarara’, ‘Kasturi Murga O Sabuja Aranya’ and ‘Michhi Michhika’.

Her short story ‘Pata Dei’ was published as ‘Lata’ in Femina in 1986. In 1987, its Hindi dramatisation was telecast in Doordarshan as a series called ‘Kashmakash’.

She was honoured with the Sahitya Akademi Award in 1990 for her collection of short stories titled ‘Pata Dei and other stories’. She was conferred with Padma Shri in 2020 for her contribution to literature. She had also received Atibadi Jagannath Das award and Sarala Samman.

Many short stories of the writer have been translated into different languages such as English, Hindi, Kannada, Malayalam, Marathi, Bengali, Urdu, Telegu and Russian. A film was made on her story ‘Andhakarara Chhai’ and has been highly appreciated by the audience.

She has also penned three novels: ‘Sitara Sonita’, ‘Manaswini and Kunti’, ‘Kuntala’, ‘Shakuntala’ and a one-act play titled ‘Kranti’. She has translated Russian folk-tales from English to Odia, among other translation.