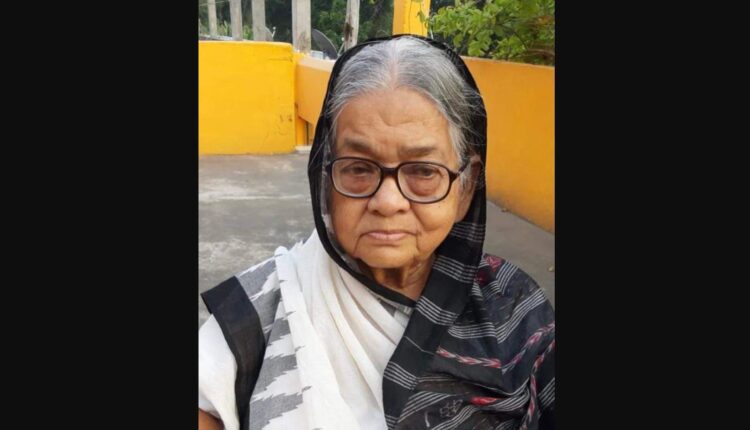 Bhubaneswar: Renowned social worker and Padma Shri awardee Shanti Devi passed away at his residence in Gunupur of Odisha’s Rayagada district, last night. She was 88.

According to reports, she complained of chest pain and fell unconscious. Later, a doctor of a local hospital reached her residence and declared her dead.

Born in Balasore district in 1934, Shanti Devi was known for her philanthropic activities.

She had immense contribution towards restoring peace in the Maoist-affected areas of the state. She was also spearheading voluntary organisation Seva Samaj.

At the age of 17, she got married to Ratan Das, a Gandhian, and shifted to Koraput.

She started her social work by founding an ashram at Gobarapalli in Rayagada district and worked for development and education of tribal girls.

Later, she shifted to Gunupur and founded Seva Samaj ashram in 1964 to provide education to tribal girls.