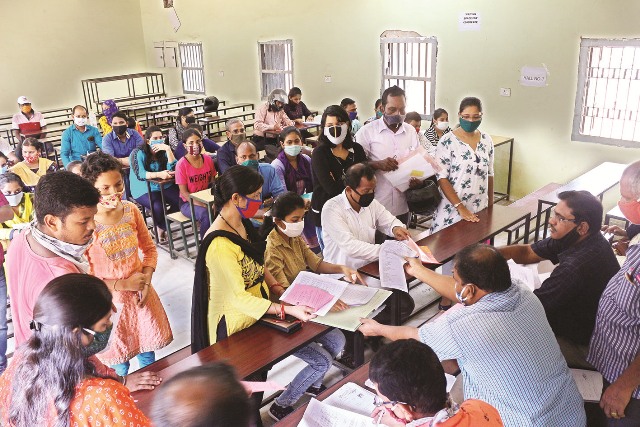 Bhubaneswar: The Higher Education department of Odisha Government has started preparation for admission of students into UG courses for the academic session 2021-22 in colleges under universities exempted from e-Admission process.

In this regard, the Department has sought opinion from 4 varsities including Ravenshaw University giving them a proposal to participate in the Plus III admission through Student Academic Management System (SAMS).

According to reports, two universities — Ravenshaw University and Gangadhar Meher University — are the autonomous bodies to conduct admission into UG courses as per their criteria that many times sparked row in the State.

This year, the Higher Education Department has given a proposal to these premier educational institutions to take part in admission process through SAMS Odisha.

Besides, the newly established two more universities — Kalahandi University and Rajendra University — are yet to participate in the admission process through SAMS.

Hence, the Department has written to the examination controller of the above said universities to submit a detailed report by June 16 mentioning the number of colleges affiliated to them, specified subjects (Hons and elective), students strength, name, mobile numbers and emails of college principals and officials in charge of admission, Sahoo said.